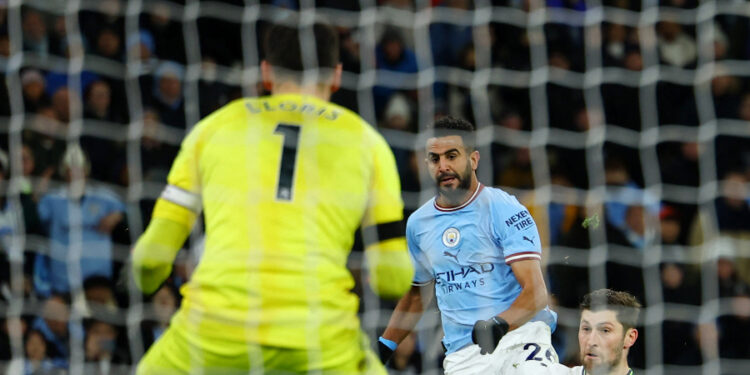 While leading 0-2 at the break against Manchester City, Hugo Lloris’ Tottenham conceded three goals in twelve minutes on the restart. Including a splendid one by Riyad Mahrez.

Manchester City and Tottenham face off this Thursday in a late match of the seventh day of the Premier League. A meeting which initially smiled on the visitors, authors of two goals in three minutes, just before the break. But the awakening of the Cityzens in the second half was terrible and the situation was completely reversed just after the hour mark with three goals scored for the locals. The third, the work of Riyad Mahrez, is a little gem.

Totally out of the way on the right side, the Algerian international decided to try his luck anyway. Well it took him since his low ball passed between Hugo Lloris and his post. If the risk-taking is beautiful and profitable, it is clear that the former doorman of the France team could and should have done much better to further block his angle.

In his defense, Hugo Lloris has a lot of work to do and cannot really count on a defense to be pushed around by Skyblues transfigured since the start of the second half. And Tottenham to suffer more and more.

Jean Alesi, the verdict is in!