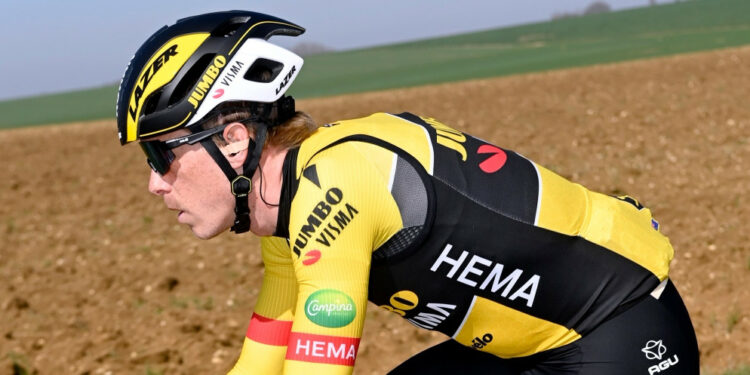 The Australian Rohan Dennis won the 2nd stage of the Tour Down Under in a sprint and took the opportunity to take the lead in the general classification from Alberto Bettiol, the winner of the prologue.

Rohan Dennis is a great time trial specialist, but he can also win in the sprint! This was the case this Thursday during the 2nd stage of the Tour Down Under. The Jumbo-Visma rider was the fastest of a small group of five players who managed to outwit the peloton about twenty kilometers from the finish. He finished ahead of his compatriot Jay Vine and the Swiss Mauro Schmid, while Caleb Ewan settled the sprint of the peloton, eleven seconds later. This is the 32nd victory in the career of Rohan Dennis, who won the Australian time trial title last week. It is also only his eleventh victory on a stage in line. Thanks to this success, the Australian took control of the general classification, taking advantage of the cramps suffered by the leader Alberto Bettiol, the winner of the prologue (Dennis had finished 13th in this short time), who finished more than two minutes behind the winner. .

“I just fought on the climb to pass with Jai Hindley and Simon Yates. From there it was just a battle and I hoped Yates wouldn’t attack because he didn’t take over, before finally helping us in the last five kilometers. I did not expect to go to the line. I thought it would be difficult on the way up. So everything is fine, it ended well, ”rejoiced the new leader, who will try to remain so on Friday, at the end of a 117 kilometer stage with two first category climbs. Not easy… Note that it was Paul Penhoët who finished best Frenchman of this stage (10th) while Hugo Page is the best tricolor in the general classification (6th).