Barcelona rolls out, Real come back from afar 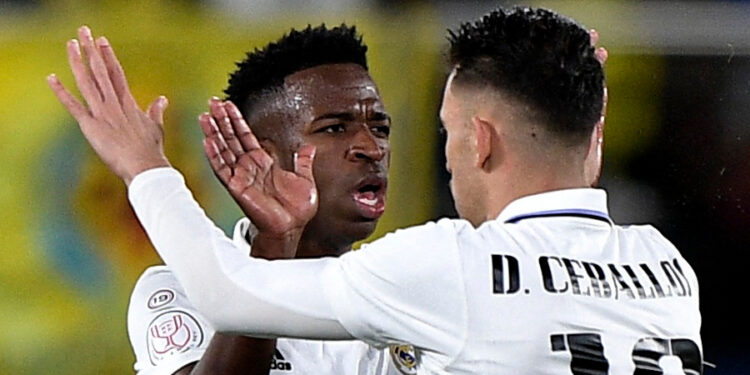 FC Barcelona and Real Madrid both qualified for the Copa del Rey quarter-finals on Thursday. But in a very different way.

Engaged in parallel, on the occasion of the knockout stages of the King’s Cup, Barça and Real have fulfilled their contract. Faced with the modest club of Ceuta, resident of the Spanish third division, Xavi’s men did not do half measures and won with the score without appeal of 0-5. For its part, Real Madrid had all the trouble in the world to win on the lawn of Villarreal (2-3).

If FC Barcelona won easily, it was thanks in particular to a perfectly managed second period. In front of the break thanks to the only goal of Raphinha (41st), the visitors shifted into high gear after the break. A double for Robert Lewandowski (50th and 90th), without forgetting the renewal of Ansu Fati (70th) and that of Franck Kessié (77th), and that was it.

Ceballos is a game changer

If Xavi spent a relatively quiet evening on his bench, it was quite different for his Real Madrid counterpart. Carlo Ancelotti believed in the disaster match because his men were dominated in the first period. After a goal from Étienne Capoue (4th), Villarreal doubled the lead just before the break through Samuel Chukwueze (42nd). Enough to join the locker room with great confidence.

Perhaps too big, because when they returned from the locker room, the locals gradually bent and finally broke in the face of opposing attacks. Reduction of the score of Vinicius Junior first (57th), then equalization of Eder Militao (2-2, 69th), and finally goal of the victory for Dani Ceballos, author of a decisive entry into play in this match (86th ). The main thing is therefore there for Real who, like Barça, will be there for the next round.