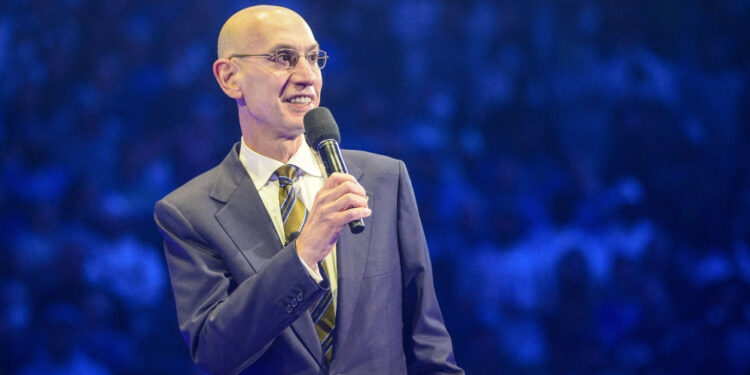 This Wednesday, in front of some media including AFP, Adam Silver, indicated that the NBA could also come to Paris in 2024.

The NBA loves France. And more precisely Paris. This Wednesday, in front of some media including theAFPthe boss of the NBA, namely Adam Silver, indicated that the prestigious Basketball League will probably be back in the French capital in 2024: “This (Wednesday) morning, (we) had the chance to speak with President Emmanuel Macron (…) We told him how much we were looking forward to getting to Paris for the Olympics (in 2024), and we’ll probably – I haven’t made any plans yet – be back here next year for another game regular season. “This Thursday evening from 9:00 p.m., near Paris Bercy, a regular season meeting will be relocated to Paris. It will pit the Detroit Pistons against the Chicago Bulls. This is the second relocation of an NBA meeting to the French capital, after the meeting between the Milwaukee Bucks and the Charlotte Hornets in 2020.

A meeting of Dallas in Madrid?

This possible future third relocation, the third in four years, made Silver react: “25 years ago, the teams did not want to travel, if only for pre-season friendly matches. For the coaches, it was a distraction, it interfered with the regular season. It’s very different now, not least because 25% of League players were born outside the United States. Our best players are European. » The NBA thus shows its intention to develop the French market, considered to be one of the most important across the Atlantic. According to Mark Tatum, assistant commissioner Adam Silver: “It’s the No. 1 country outside of North America that produces the most players in the NBA. Other European cities also seem to be attracting the League. Like for example Madrid where a meeting of Dallas should take place soon, according to the leaders of the NBA.