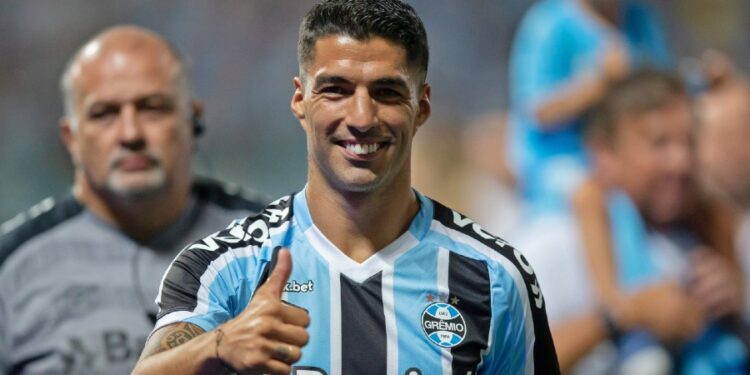 Luis Suarez scored a hat-trick on his debut with Gremio Porto Alegre, in the Recopa Gaucha against Sao Luiz (4-2).

The Brazilian adventure is off to a good start for Luis Suarez. After a very sentimental freelance with the Nacional, the club of his debut in Uruguay, the former striker of Liverpool and Barcelona joined the Gremio.

For his first match with the former club of Ronaldinho and Valdo, the “Pistolero” hit hard since he scored a hat-trick in the space of half time (4th, 30th, 37th), during the victory of his team against Sao Luiz (4-1).

A goal for each finger and this is just the beginning! 🤩 Are you guys sweaty too? 🇪🇪 #GRExSLU #Gaúcha Cup Winners Cup2023 pic.twitter.com/6XifHdVol4

It was the Recopa Gaucha, the state supercup of Rio Grande, and the opposition was perhaps quite modest since the Gremio faced a team that plays in Serie D, Brazil’s fourth national division. The Porto Alegre club will return to Serie A this season after playing on the lower level.