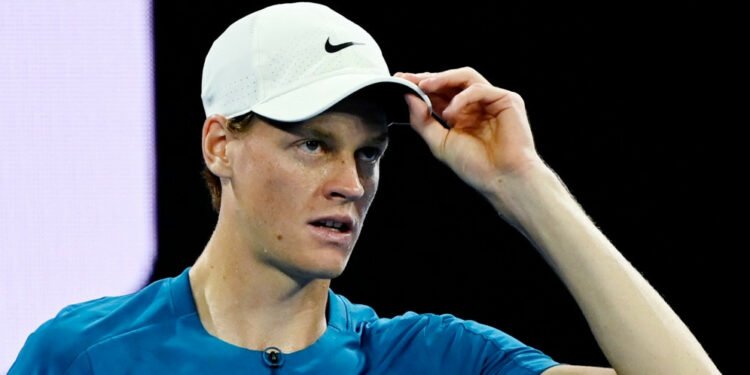 If Jannik Sinner easily dismissed Tomas Martin Etcheverry from his path, Félix Auger-Aliassime had to fight for five rounds to dominate Alex Molcan in the second round of the Australian Open.

Jannik Sinner is not determined to waste time. After his maiden three-set victory over Kyle Edmund, the No. 15 seed at the Australian Open met the same fate for Tomas Martin Etcheverry, who knocked out Grégoire Barrère in the first round. The first set changed at the end of the sixth game, won white by the Italian on the service of the Argentinian and on his very first break point. Having conceded only five points on his face-off, it was on a final shutout that Jannik Sinner pocketed the first set. If Tomas Martin Etcheverry held his service at the start of the second set, he then took the thunder. Indeed, seeing the 16th player in the world convert his only two break points, the Argentinian conceded five games in a row. Again, it was on a white game that Jannik Sinner ended the set. An ascendant that the seeded number 15 confirmed from the first game of the third set. A second break followed in the fifth to consolidate his position. On his first match point, Jannik Sinner put an end to the suspense (6-3, 6-2, 6-2 in 1h46′).

“FAA” had a hard time

If Jannik Sinner was allowed a walk, Félix Auger-Aliassime faced an obstacle course. Seeded number 6, the Canadian had to clear two sets of delay against Alex Molcan. Taking the service of world number 7 twice at the end of the first set and then once in the sixth game of the second, the Slovak thought he had done the hardest part. However, “FAA” has demonstrated its ability to get out of such a bad situation. Not having had the slightest break point since the start of the match, the Canadian waited for the eighth game of the third set to achieve this. Converting his second opportunity, he took the service of the 53rd in the world and then erased some of his delay as soon as the opportunity presented itself. It was the turning point of the match because Félix Auger-Aliassime took the lead in the exchange. Winning the first four games of the fourth set, he narrowly missed the triple break. Alex Molcan was unable to reply and found himself taken down in a fifth inning. A final set which saw “FAA” fly away very quickly thanks to a series of five games won consecutively. Winning his last face-off, the world number 7 wins with wear (3-6, 3-6, 6-3, 6-2, 6-2 in 3h05 ‘) and could cross paths with Corentin Moutet in the third round.