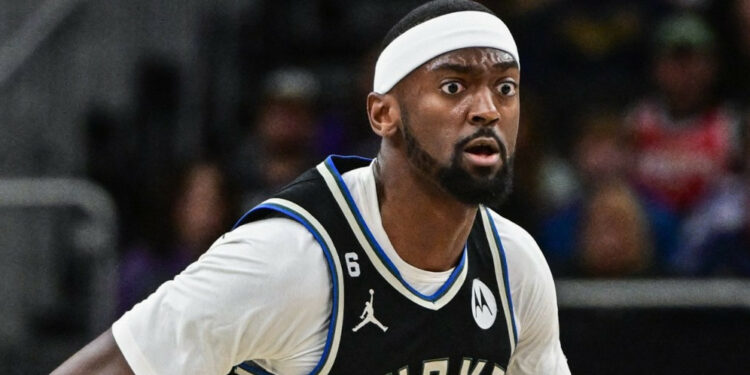 Behind the Celtics, the Bucks took advantage of the reception of the Raptors to sign a second success in a row. The 76ers, meanwhile, made the most of the Clippers’ inconstancy and clung to third place in the Eastern Conference.

If the Celtics seem untouchable in the East with seven straight wins, the Bucks intend to stay in touch. While Giannis Antetokounmpo was still absent due to a knee injury, the Milwaukee franchise was able to count on Jrue Holiday (37 points, 6 rebounds, 7 assists) and Bobby Portis (12 points, 12 rebounds) to take the lead. best on the Raptors. A meeting that was played in three stages. It was first the Bucks who took control to lead by ten lengths at the end of the first quarter. A mattress that melted like snow in the sun at the start of the second. Thanks in particular to Fred VanVleet (39 points, 9 rebounds, 7 assists), the Toronto franchise took the lead at the break with a lead of seven lengths. Back on the floor, the Raptors tried to widen the gap but the Bucks came back with a completely different mindset. Gradually, the Milwaukee players distanced themselves, approaching the last twelve minutes with eight margin units. A final quarter hung but which did not see the situation change. The Bucks win by eight points (130-122), their second success in a row, and point to four successes for the Celtics in the Eastern Conference standings.

Just behind the Bucks, the 76ers do not intend to let go. The Philadelphia franchise went for a third straight success on the Clippers’ floor. A victory that bears the mark of Joel Embiid (41 points, 9 rebounds). From the first minutes, the Sixers took the lead on the scoreboard but without the gap quickly taking on significant proportions. It is with only seven lengths in advance that they concluded the first twelve minutes. But the Clippers took a hit on the head at the start of the second quarter with a 7-0 that allowed Philadelphia to exceed the bar of ten points. The teammates of a Nicolas Batum (9 points) who started the match on the bench, hung on but could not do anything against the second boost from their opponents. Led by eleven units at the break, the Californians changed their tone on the restart and, under the impetus of Kawhi Leonard (27 points), they managed to pass the score for the first time in the game. But, led by only one point at the start of the last quarter, the Clippers sank. A 13-0 was fatal to them with the Sixers winning in the end by ten points (110-120) and consolidating their third place in the East.

In the West, the Denver Nuggets do not give up. On the occasion of the reception of the Blazers, it is a seventh victory in a row that the teammates of a Nikola Jokic of the great days (26 points, 12 rebounds, 10 assists) signed. If the Portland players made the best start to lead by five points after a few minutes, they then suffered the law of the leader of the Western Conference. Aside from a small hiccup in the second quarter, it was the Nuggets who raced ahead. However, the latter had to wait until the second half of the match to make a definitive difference. Under the impetus of a Damian Lillard who got up to speed (44 points, 8 assists), the Blazers resisted but eventually gave in. The Nuggets win by nine units (122-113) for their 31st success of the season. For its part, San Antonio has found colors. After five straight losses, the Spurs got the better of the Nets. After a first quarter in their hand, the Texans saw Brooklyn come back strong thanks to the exit from the bench of TJ Warren (19 points, 5 rebounds). Separated on a score of parity at the break, the two formations offered a good battle but it was the Spurs who ended up making the difference (106-98).

Tour Down Under: Bauhaus in beefy