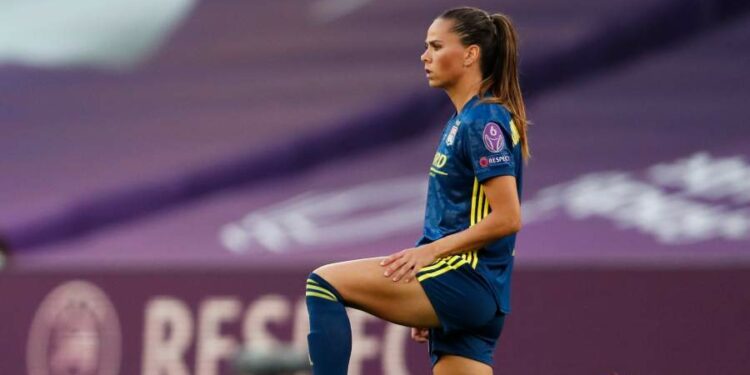 Olympique Lyonnais has been in the eye of the storm since Sara Bjork Gunnarsdottir’s revelations about the consequences of her pregnancy.


A new storm is raging around Olympique Lyonnais. And not only because of the poor results of the men of Laurent Blanc, only ninth in Ligue 1 after two defeats and a draw since the start of the year. It’s not going much better for the women’s section And even more than second place in the league behind PSG, it is the revelations of Icelandic Sara Bjork Gunnarsdottir that have caused OL to be in turmoil.

The 32-year-old midfielder has indeed revealed that OL had not paid her in full during her pregnancy in 2021, which had earned the Lyon club to be condemned by FIFA. “I know this story may irritate some influential people in the world of football, but I have to tell the truth,” she confided in a column published on the site The Players’ Tribune, adding: “I want to make sure no one ever has to go through what I went through again. And I want Lyon to know that’s not OK. »

The calculations are wrong

The confession of the one who now plays at Juventus did not fail to react and Megan Rapinoe, at the forefront of the fight for gender equality, obviously stepped up. “It’s completely shameful on the part of Olympique Lyonnais, wrote on Twitter the one who evolved within the Rhone club in 2013-2014. You all like to say how much you support women, but the math is wrong. I implore you to be the club that ALWAYS supports women, not the club that once did. »

The dispute resolution chamber of the FIFA court ordered Olympique Lyonnais to pay around 82,000 euros in addition to interest to Sara Bjork Gunnarsdottir, despite the Icelandic’s lack of activity, Olympique Lyonnais considering that he was within his right to adjust the remuneration as in a classic case of long-term work stoppage.