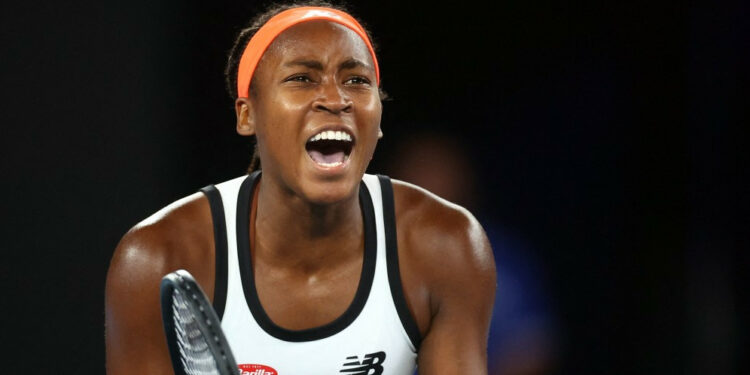 Seeded number 7 at the Australian Open, Cori Gauff opened the doors to the third round in Melbourne by defeating Emma Raducanu in two sets.

It was one of the most anticipated matches this Wednesday at Melbourne Park. Finalist of the last Roland-Garros, Cori Gauff got the better of Emma Raducanu, crowned at the US Open 2021. A meeting which very quickly saw the two players not being comfortable serving. After dismissing two break points, the American managed to take the service from the Briton. However, the latter immediately replied… before conceding the break again. A streak of three service games lost in a row that gave Cori Gauff a small advantage which she immediately took advantage of. Finding serenity on her engagement, the world number 7 raced in the lead but, when serving to conclude the first set, doubts returned. Emma Raducanu gave everything to pick up but failed to convert her three break points.

It was then on the second occasion that Cori Gauff pocketed this undecided first set. The American then took the lead early in the second set, taking serve from the world No. 77 to lead three games to one. Nevertheless, Emma Raducanu did not give up and waited for her moment to come. At the end of an eighth game won white on the service of her opponent, the latter picked up before letting out two equalizing balls in one set everywhere in the same situation. The status quo was maintained until the decisive game. While the two players competed for the first four points, Cori Gauff then flew away. Winning five of the following seven exchanges, the world number 7 ended the debate on her third match point (6-3, 7-6 in 1h43 ‘). For a place in the third round, the American will find either her compatriot Bernarda Pera or the Chinese Qinwen Zheng, seeded number 29.