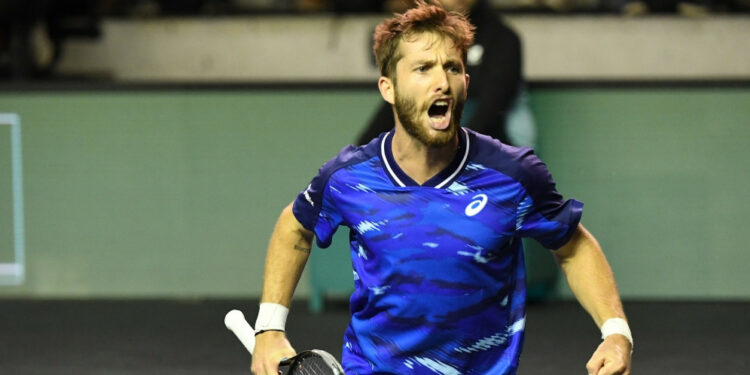 Despite winning the first round, Corentin Moutet ended up giving in in the second round of the Australian Open against Francisco Cerundolo, Félix Auger-Aliassime’s next opponent.

Corentin Moutet believed in it. But, for the third consecutive year, he failed in the second round of the Australian Open. Opposed to the seeded number 28 Francisco Cerundolo, the Ile-de-France player first had to turn his back. Indeed from his second service game, he had to face five break points, which he all dismissed. While the debates were balanced, Corentin Moutet showed opportunism. Faced with an opponent experiencing an air pocket, the Habs took advantage of their two break points to take the service of the Argentinian. In the process, the 62nd player in the world ended the first set at the first opportunity. A slump from Francisco Cerundolo which happened again in the middle of the second inning. While the two players competed during the first four games, Corentin Moutet converted his first break point and took an ascendancy which he could not however confirm. The 29th player in the world then equalized at three games everywhere before being patient.

Corentin Moutet lost in four sets to Francisco Cerundolo in the second round of the Australian Open. #AusOpen pic.twitter.com/Gl6nZRZGHZ

F.Cerundolo made Moutet give in

At the very last moment, Francisco Cerundolo picked up the pace to drop the Frenchman and equalize at one set everywhere. Touched but not sunk, Corentin Moutet held out for four games before losing his footing. Twice taking the service of the Habs, the Argentinian won four consecutive games, turning in the lead on the scoreboard on a break won white. For the 62nd player in the world, seeing Francisco Cerundolo the fourth set entry breaker might have looked like the sky falling on his head, but then he reacted. Immediately erasing this late break, he then went to take his opponent’s service to lead three games to two. However, he was unable to confirm it and let the 29th in the world return immediately to height. While a decisive game seemed to take shape, Corentin Moutet gave in when serving to stay in the game. On his first opportunity, Francisco Cerundolo put an end to the suspense (3-6, 6-4, 6-2; 7-5 in 3h12′) and will find in the third round of the Australian Open the seeded number 6 Félix Auger-Aliassime.