Big changes in sight at OL? 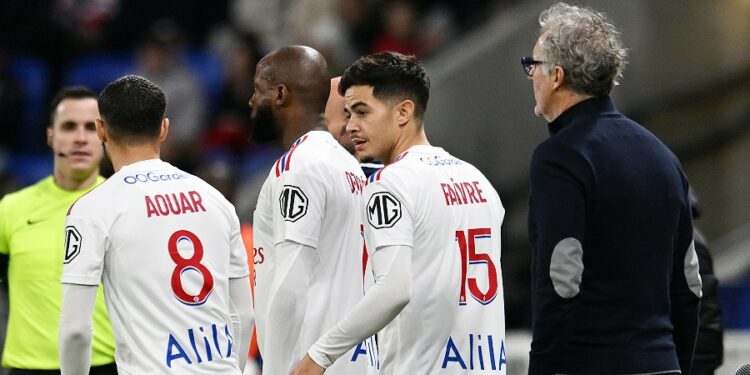 The workforce of Olympique Lyonnais could undergo some alterations before the end of the winter transfer window.

If it is not yet the crisis in Lyon, it looks very much like it. The defeat conceded by OL against Strasbourg at Groupama Stadium (1-2), last Sunday, mired the club in the soft underbelly of the championship, in a very insufficient ninth place. And the anger shown by some supporters towards several players in the squad trained by Laurent Blanc, in particular Karl Toko-Ekambi, Houssem Aouar and Moussa Dembélé, does nothing to appease the climate.

Also, important changes could occur before the end of the transfer window, on January 31st. Moussa Dembélé, who has only made three appearances since the resumption of Ligue 1 after the 2022 World Cup, including one in the Coupe de France, would be the first candidate to leave. Free at the end of the season, the Rhone striker could pack up this winter. According to Foot MarketEverton would have actually set their sights on the former Celtic striker.

The Toffees were initially ready to wait until next July to try to recruit Moussa Dembélé for free, but the urgency of their situation in the Premier League, in which they occupy the nineteenth place, would have changed their plan. A scenario which, we imagine, would not displease the Gones player (26), on whom Laurent Blanc clearly counts even less than his predecessor on the Lyon bench, Peter Bosz.

The other rumor of the moment, this time in the direction of arrivals, concerns the recruitment of Joao Gomes. According to UOL Deporte et The Athletic, OL would have made an offer of 17 million euros, plus 2 million euros in bonuses, to Flamengo for their young midfielder (21 years old). A file that promises to be quite difficult to complete for Jean-Michel Aulas insofar as Wolverhampton has already tied up an agreement in principle with the Brazilian formation.

Are PSG shooting themselves in the foot?