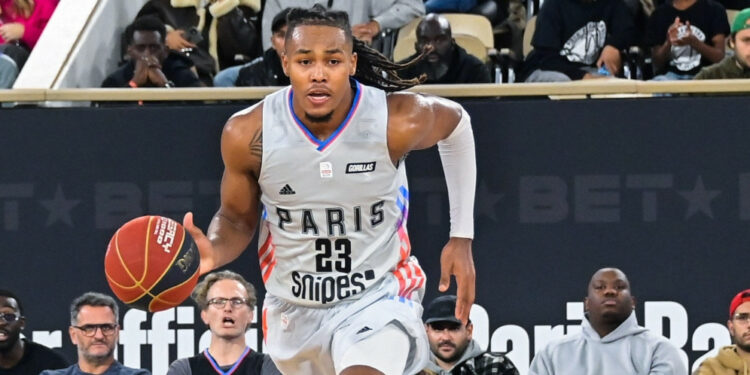 This Wednesday, as part of the eleventh day of the men’s basketball Eurocup, Paris lost to the Israelis of Hapoel Tel-Aviv (95-79).

A hitch for Paris. This Wednesday evening, as part of the eleventh day of the men’s basketball Eurocup, Paris lost to the Israelis of Hapoel Tel-Aviv (95-79). However, from the start of this meeting, the debates seemed to be balanced. In the first quarter, neither team really managed to take off. At the end of it, the score was even parity (20-20). But, from the start of the second quarter, the locals took matters into their own hands. Hapoel Tel-Aviv, currently second in the standings of its national championship, has gradually increased its lead on the scoreboard. In this same second quarter, it rose to +17 (49-32), as at the break (55-38). Back from the locker room, the Israelis continued their momentum. In the third and penultimate quarter, their lead reached +25 (72-27). And even the +26 (91-65), during the fourth and last quarter, until stabilizing definitively at +16 (95-79).

The Parisian Kamagate was not enough

To build this victory, Hapoel Tel-Aviv relied in particular on their American J’Covan Brown, who finished with a double-double in the key and personal statistics of 17 points, 8 rebounds, 16 assists. Opposite, the French Ismael Kamagate was not outdone (17 points, 11 rebounds). Paris, who currently occupy ninth place in the Betclic Elite rankings, lose their very first match of 2023 in all competitions. The capital club remained on a series of six victories, while their last loss dated back to December 17, in the league, against the Metropolitans (71-91). Above all, in the Eurocup, the Parisians had always traveled well so far this season. Here again, this series therefore stops. In the Group B standings, with a record of seven wins and now four defeats, Paris is in fifth place. For its part, Hapoel Tel-Aviv, which has the same record and which had already won in the first leg (86-100), on October 19, is third.

Galtier will bring out the heavy artillery against the Saudi selection