Argentina-France: Messi stirs the knife in the wound 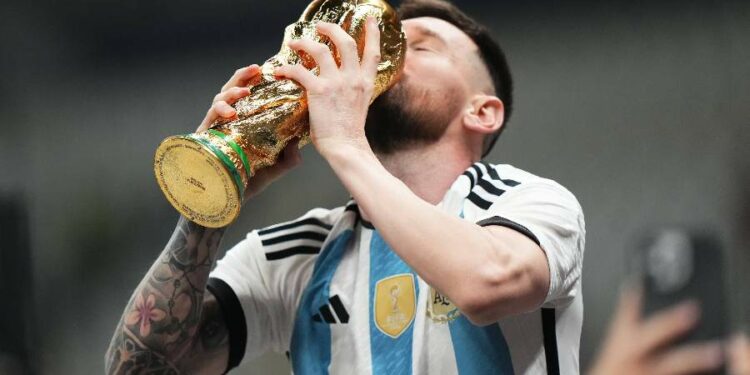 A month after Argentina’s coronation against the France team in the 2022 World Cup final, Lionel Messi posted a long message on his Instagram account on Wednesday.

A month ago to the day, in Qatar, Argentina won the final of the 2022 World Cup. A painful memory for the France team, beaten on penalties (3-3, 4 tab 2), and all its supporters, but delicious for Lionel Messi. Who is still savoring his first coronation in the competition, the third in the history of Albiceleste.

Read also:Heavy accusations against Mbappé in ArgentinaGiroud, the violent attack from ArgentinaThe Blues release their truths on Emiliano Martinez

“One of the most beautiful months in the world and I still can’t believe it”rejoices the Paris Saint-Germain striker in a long post on Instagram, illustrated by a video retracing the most beautiful images of the final, last December 18 at the Lusail Iconic Stadium, and of the festivities at the return of Lionel Scaloni’s players in Buenos Aires.

“What a beautiful madness we have been through all this time, which we concluded by lifting the cup that we all wanted so muchhe wrote. Of course, being a champion makes everything better, but what a great month I had. I only have good memories, I miss them. I miss my teammates, the daily life with them, the friends, the discussions, the training sessions, the bullshit we did…”

“I miss the bullshit we did”

And Lionel Messi, still on his cloud, to continue: “How nice it was to see my family having an unforgettable experience every day for everyone, and how beautiful it was to go to matches and see the madness of people on the pitch and in Argentina. God, thank you for everything. Like I said, I knew you were gonna give it to me. »

“What I couldn’t imagine was after realizing it and I wasn’t wrong, because I could never have imagined the craziness of people at the festivities. Well, we’ve been… WORLD CHAMPIONS for a month!!! », he concludes. A message already “liked” by more than three million people. It remains to be seen whether Kylian Mbappé, his partner at PSG but opponent with the Blues that evening, will be part of it…

The Section Paloise thinks about next year

The Section Paloise thinks about next year