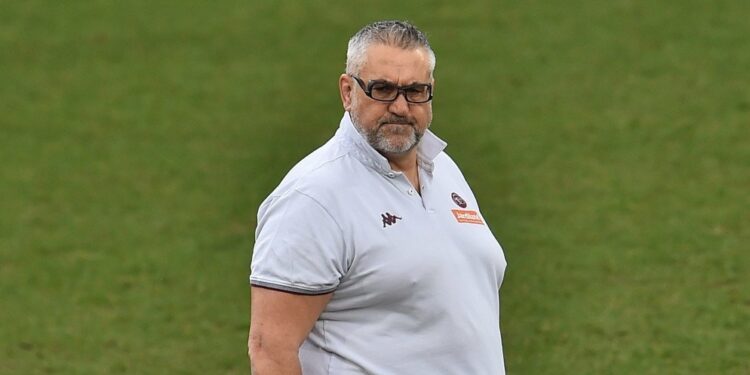 According to information from L’Equipe and RMC Sport, Christophe Urios has agreed to become the new manager of Clermont, who parted ways with Jono Gibbes on Monday.

Seven and a half years after leaving Oyonnax, Christophe Urios is back in the Auvergne-Rhône-Alpes region! The emblematic 57-year-old coach will indeed join Clermont, who sacked Jono Gibbes on Monday due to the poor results of the Jaunards since the start of the season. In any case, this is what this Tuesday evening reveals RMC Sport et The team. Sacked from Bordeaux-Bègles last November, when he was under contract until June 2025, Christophe Urios will therefore not have remained unemployed for long. The former hooker was contacted this weekend by the Clermont leaders and he would have agreed to a current contract until June 2026 as manager. While the ASM players flew to South Africa on Tuesday, where they will face the Stormers for the last day of the Champions Cup group stage, Christophe Urios should lead his first session next week. .

A team to revive

After having played at the top of the table with the UBB for three seasons, the new manager will have to fulfill this time the objective of maintaining, within a team which is no longer part of the cadors (only one Clermontois retained in the group of 42 by Fabien Galthié: Damien Penaud, who will also leave at the end of the season). ASM only points to tenth place in the Top 14, with six wins, one draw and eight defeats on the clock, and is only six points ahead of the barrage, Brive. In the European Cup, the Auvergnats occupy eighth place in Group B, with two defeats and a victory, and can still join the knockout stages in the event of a good result with the Stormers, fourth. They could also be donated to the Challenge Cup, or even be eliminated from all European competitions this weekend. Unless there is an unlikely turnaround, Christophe Urios will lead his team in Lyon for the first time on January 28, before two matches in February against his former teams, Castres and Bordeaux-Bègles, as a nod to fate.