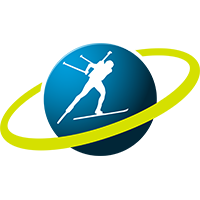 Despite three shooting errors, Julia Simon proved to be the strongest to win the Mass-Start of Ruhpolding ahead of Lisa Vittozzi and Anaïs Chevalier-Bouchet. In the absence of Elvira Oeberg, the wearer of the yellow bib is doing very well in the general classification of the World Cup.

Julia Simon did not miss the opportunity. Elvira Oeberg absent at the start of the Mass-Start in Ruhpolding, the Frenchwoman could widen the gap on her nearest rival in the event of a good result and the wearer of the yellow bib of the leader of the general classification of the World Cup demonstrated that she was the boss this season. A race which however started badly for her with a fault on the first pass in front of the targets. Coming out a little over fifteen seconds from the leading peloton led by Lisa Vittozzi, victorious this Thursday in the individual, and Anaïs Chevalier-Bouchet, the Habs took advantage of a clear round and a quick shot to come out second just behind the Italian. After taking advantage of the numerous faults of their pursuers, the Franco-Italian duo were able to work together to widen the gap, regaining a good fifteen seconds over the 2500 meter loop covered for the third time. However, visibly benefiting from a better glide, Julia Simon was able to create a small gap just before the first standing shot, which saw both the Habs and the Italian miss a target.

Not having shaken rifle in hand, Anaïs Chevalier-Bouchet was able to settle in third place with a delay of ten seconds. The scenario seen in the third lap repeated itself in the fourth with Lisa Vittozzi giving up some time, entering the firing line for the last time seven seconds behind. The Italian then achieved a clear round unlike the wearer of the yellow bib, but a long hesitation made her lose a lot of time, enough for Julia Simon to take her penalty lap without letting her rival go. In effect, if Lisa Vittozzi launched the first in the final loop of the event, she only saw blue-white-red behind her with Julia Simon at one second, immediately followed by an accurate and fast Anaïs Chevalier-Bouchet against the targets. With the podium at stake, the fight was fierce throughout these 2500 meters. Anaïs Chevalier-Bouchet was the first to move.

The Habs picked up the pace to take the lead in the event, but they consumed a lot of strength and couldn’t follow in the final. Lisa Vittozzi, meanwhile, placed a start 700 meters from the finish before seeing Julia Simon making the most of the glide of her skis in a downhill part to take the advantage and soar to victory ahead of the Italian and her compatriot Anaïs Chevalier-Bouchet. A victory which allows him to consolidate his place as leader in the general classification of the World Cup with now 141 points ahead of Elvira Oeberg. Chloé Chevalier is the third Habs in the Top 10 of the race with a tenth place when Sophie Chauveau, the day after her missed stint, finished twelfth a few seconds ahead of Lou Jeanmonnot. Caroline Colombo, meanwhile, paid dearly for her six shooting errors for a 27th place finish. The Biathlon World Cup will now take the direction of Antholz-Anterselva, with a sprint, a pursuit and a relay on the program.

PSG: A player requests his departure