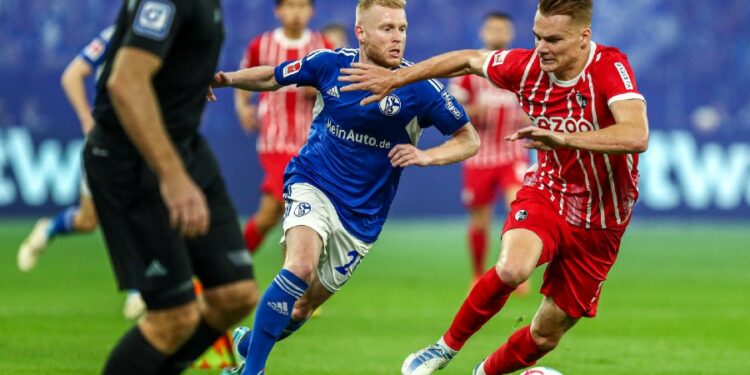 The former Montpellier player returns to Ligue 1, and has signed up for two and a half years with FC Nantes.

Florent Mollet is back in France. Leaving Montpellier last summer to try his luck in Germany, at Schalke 04, the 31-year-old attacking midfielder is now taking over the management of FC Nantes.

After a disappointing stint in the Bundesliga (9 matches, 1 goal with Schalke), the former Dijon and Metz player signed up for two and a half years with the Canaries, who were looking for an attacking midfielder. Florent Mollet becomes the first official recruit of the FCN this winter, perhaps waiting for Andy Delort (Nice).

“I am very happy to be here, to join FC Nantes, my new teammates and the staff, confides Mollet on the site of his new club. I think we’re going to have some good times. FC Nantes holds a special place in French football. Really, I am delighted to join a mythical club and I hope that we will all achieve very good performances together. »