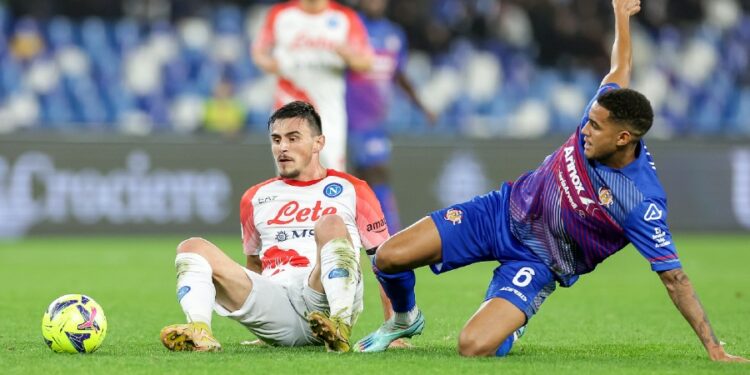 This is the first big hiccup of the season for Napoli. Dashing leader of Serie A, the team of Luciao Spalletti was out in the round of 16 of the Italian Cup by the red lantern of the championship, the Cremonese (2-2, 4-5 tab), this Tuesday evening.

With a revamped formation, with the majority of the usual holders on the bench and Kvisha Kvaratskhelia absent, Napoli conceded the opener, signed Charles Pickel (18th), before reacting by Juan Jesus (33rd) and Giovanni Simeone (38th ). But Felix Afena-Gyan equalized (87th) and the two teams finally went to the penalty shootout, where the only missed attempt was that of Stanislav Lobotka.

Cremona thus climbs to the quarter-finals and will face AS Roma in the next round.

Giroud, the violent attack from Argentina

Giroud, the violent attack from Argentina