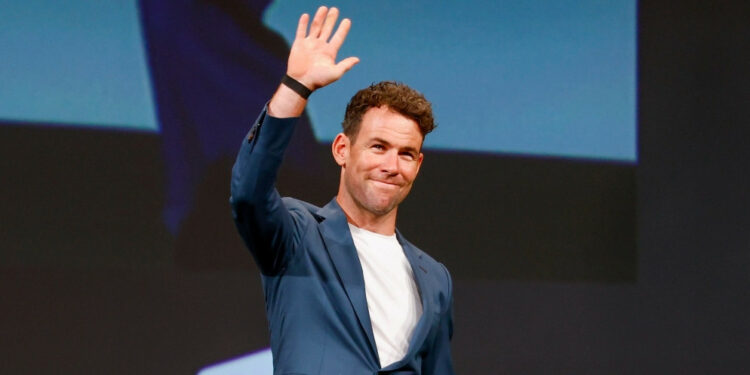 The Kazakh team Astana formalized this Tuesday the signing of former world champion Mark Cavendish (37) for the 2023 season.

This time, for sure, Mark Cavendish will indeed wear the jersey of the Astana team in 2023. Present in training in Spain for several weeks with the Kazakh team, the 37-year-old Briton officially signed this Tuesday a one-year contract with Alexandr Vinokourov’s team. A signing that took a little longer than expected to be finalized, which explains the absence of the sprinter in the official team photo unveiled at the start of the year. “I am really excited about this adventure. I raced with Alexandr Vinokourov for many years, and now I race with his two boys! I remember when they were children the same age as my son, dreaming of being cyclists. The Astana Qazaqstan team will be a great place to succeed, with a strong team led by Alexandr, a champion on the bike and a gentleman on the bike. I’ve already had a long career, but the joy of riding my bike and the thirst to keep winning are still going strong. So I look forward to being part of a successful team, whether it’s working with the team to win, crossing the finish line myself or cheering on my teammates. As always, the objective will be for us to climb on the top step of the podium”, declares Mark Cavendish on the site of his new team.

Cavendish was ready to join a French team

At the end of his contract with Quick-Step, where he returned in 2021, Mark Cavendish initially agreed to Jérôme Pineau to join the French team B&B Hotels, which was to be supported by a major sponsor in 2023. But the case fell through and the Breton team had to go out of business on December 31. Few World Tour teams still had room in their squad, but Astana decided to make room for the man with 161 victories, including five more in 2022. It is not yet known where the British champion will start his season, and if he will participate in the Tour de France to try to beat the record for stage victories which he co-holds with Eddy Merckx (34). But we can very strongly imagine it leaving Bilbao on July 1…

He will pay 2.5 million euros to see Messi and Ronaldo