Bourg continues to shine in Europe 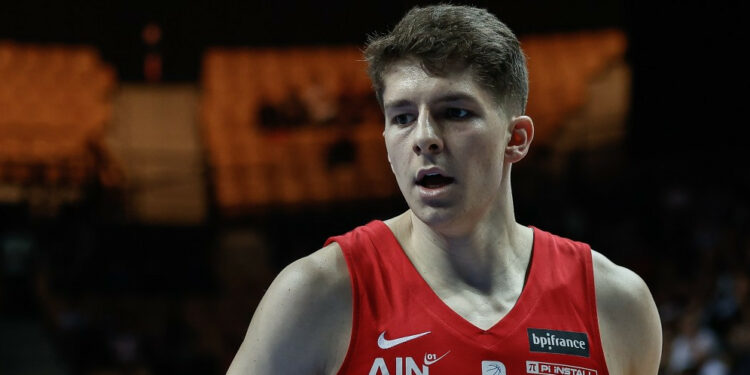 Everything is still going perfectly well for Bourg-en-Bresse in the Eurocoupe, the second Cup in the continental hierarchy. This Tuesday, the JL dominated Venice 86-79 on the occasion of the 11th day and therefore remains at the top of group A. In this match between the fifth of Betclic Elite and the seventh of the French championship, the Burgiens generally dominated (39 rebounds against 23, 73% success at 2 points against 49) and did not really shake to win. After a great start to the match (7-0), Bourg suffered the law of the Venetians, who followed with a 14-0, but in the end, the two teams concluded this quarter with a score of parity (24-24). The JL began to widen a small gap in the second quarter, counting six (32-26, 13th) then eleven points ahead (43-32, 18th) before returning to the locker room leading 43-38.

But the Italians returned to the court with better intentions in the second half, equalizing at 45-45 (22nd) then at 51-51 (26th). However, Bourg again stepped on the accelerator to regain a small lead (60-55, 29th). At the start of the last quarter, Venice still managed to equalize (62-62, 31st), but then conceded a 7-0 which proved to be crippling. The JL indeed took off, thanks to an 8-0 in stride (77-64), to finally win by seven points. Jordan Floyd was the main architect of this victory, with 24 points, and he was well helped by James Palmer Jr, author of 17 points. Eight days from the end of this long regular season, Bourg has five wins ahead of the first non-qualifier and has therefore taken a big step towards the round of 16. Next Wednesday, the players of Ain will go to the Lithuanians of Lietkabelis, currently eighth in this pool A.

Detroit Pistons ‘super excited to be in Paris’