Big news for the NBA game in Paris 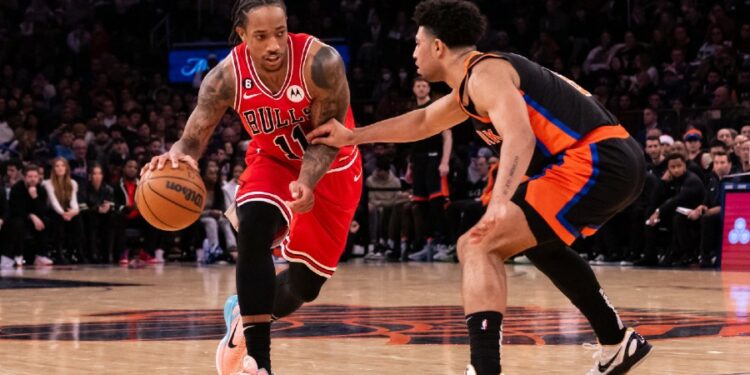 Injured for a week, DeMar DeRozan, the star of the Chicago Bulls, hopes to return for the NBA game in Paris against Detroit on Thursday evening.

They arrived ! The Chicago Bulls and the Detroit Pistons joined Paris overnight from Sunday to Monday in anticipation of their clash at the AccorHotels Arena on Thursday evening. For the second time in history, after the duel between Milwaukee and Charlotte in January 2020, an NBA regular season meeting will take place in France, and the poster will only be more beautiful if DeMar DeRozan is on the floor.

The American guard, five times All-Star, is the star of the Chicago Bulls. He has been suffering from a quadriceps injury for about a week. Without him, Billy Donovan’s men have lost two of their last three matches, even if they remain on a prestigious success against the defending champions, the Golden State Warriors, with 27 points from Zach LaVine and especially the 43 points from Nikola Vucevic, career record tied.

DeMar DeRozan was well on the plane for Paris on Sunday evening, and he hopes to return to the field Thursday evening for the meeting against Detroit, indicates NBC. The Bills would thus recover their best scorer, since the native of Compton has averaged more than 26 points per game since the start of the season.

DeMar DeRozan is in Paris❗ pic.twitter.com/EBgvQLb60C

Only eleventh in the Eastern Conference, the Bulls need to win so as not to find themselves too far from the qualifying places for the playoffs. Opposite, the Pistons are 14th in this Conference, and are preparing for the future with in particular the young French leader Killian Hayes (21), who has been running for a month at an average of 12.9 points and 7 assists per game.

Djokovic, as if he had never left…