Benzema, Evra lights up the Blues and Deschamps! 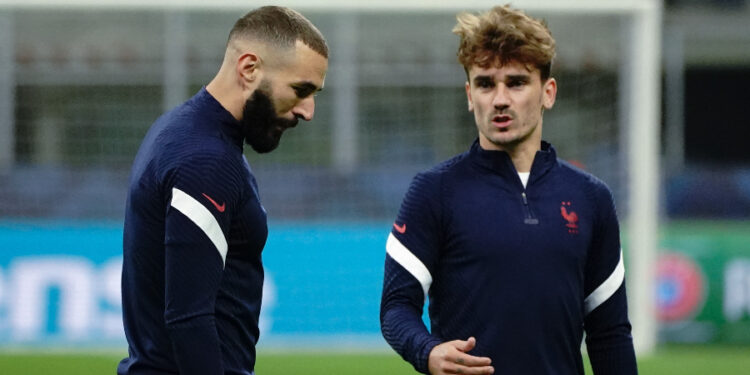 Discreet during the World Cup, Patrice Evra took to Instagram to condemn the attitude of the players of the France team with Karim Benzema.


Patrice Evra had been discreet in recent weeks. While many former players of the France team had reacted to criticize the exit of Noël Le Graët about Zinedine Zidane, the former Mancunian had remained silent despite his resentment towards the president of the French Federation of football. The former left side did not speak more after the controversy caused by Karim Benzema’s package.

It is now done and without much surprise, Patrice Evra released the sulphate. The Dakar native initially went after the players of the France team due to their lack of support for the Madrid native. After congratulating “his little Blues” for their journey and said he was convinced that they would bring back another World Cup in the future, he emphasized “a little hiccup on the human side”. “I was disappointed, he continued about the” Karim Benzema case, “ adding: “From the outside because I was not in the group and I couldn’t know what happened, I have the impression that Karim (Benzema) was disturbing. It bothers a lot of people. You players, for not supporting him, that’s what hurts me… We’re going to war for a player, guys. ”

Some were angry, jealous

And Patice Evra was not done. Because if he clearly regrets the decision of Didier Deschamps, guilty of having forced him to leave the Blues despite an unavailability which could allow him to return in time for the last matches, the former tricolor international deplores the silence of the Blues just as much On the question. “Injury, medical report, according to the doctor of the France team, three weeks”, he continued, returning to the silence of the players: “We are going to talk about the Di Maria case, who has been injured throughout the World Cup, he is playing in the final and he is scoring against us. We say to ourselves that it is the responsibility of the coach. He makes choices, we told Karim to do his business. There are other coaches who didn’t make the same mistake, who didn’t take the same option. But you players, I think Didier always puts the team before a player. Yes it’s medical but it is also said that you players, some were angry, jealous, he was overshadowing. »

“You are making the same mistake as the 98 world champions. Because they thought that since they had been world champions, the French team belonged to them”, he added again, thus slipping a tackle to those who badly welcomed him on his arrival at the Blues. You want to decide who comes, who stays, who comes, no, you’re going to make the same mistake, you don’t need that. We have the Ballon d’Or in our team. The Golden Ball. If I was still there, frankly, we would even have waited for Karim before eating. I didn’t see anyone fight. Maybe we held you back, but that suited a lot of people.