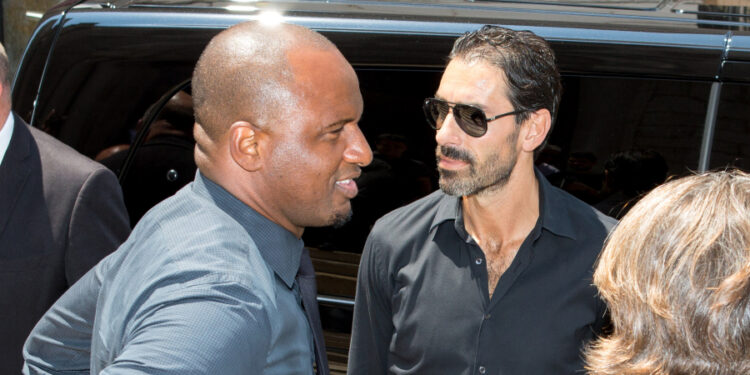 The famous altercation that occurred in 2005 between Patrick Vierira and Roy Keane during a Manchester United-Arsenal was deciphered by Robert Pires.

The episode begins to pick up. But it still lives on in the memory of those who attended. This February 1, 2005, it is a clash at the top between the defending champion, Arsenal, and the big team of Manchester United. An inevitably electric meeting, especially since there are many players with strong character on the field. After a first period during which Gary Neville has continued to nag Robert Pires, the tone rises sharply in the hallway leading to the lawn, when the twenty-two players return to the field. On the front line, Patrick Vieira and Roy Keane exchange pleasantries. Eighteen years later, Robert Pires and Mikaël Silvestre remembered the event.

Present Sunday on the set of Canal+, the two former adversaries spoke of this tense episode. Holder like his compatriot, Silvestre thus began: “ I know what’s going on, me. It’s ‘Pat’ who is tired of seeing Gary Neville tackle Robert and in passing he says (to Roy Keane): ‘Listen well, if you take care of him, I will take care of you, ok?’ And Robert Pires adds with a smile: He’s actually my bodyguard. He’s the captain, but he’s also my bodyguard. But the mess is gone with Neville and me. »

Thanks to @IamMSilvestre et @piresrobert7, we FINALLY know where the famous confusion between Vieira and Keane in the Highbury tunnel came from! 👀 pic.twitter.com/GQ2G8SsgkV

the old Gunner could not help but pay the ex-United defender once again. ” It’s Gary Neville’s fault, he was just doing that. He was an average player, so the only solution was to hit. No, but he knows it, there is no problem. »

Patrick Vieira and Roy Keane have already had the opportunity to discuss this moment again. It was on the occasion of a documentary with the evocative title: ” Keane & Vieira :Best of Ennemies“, dedicated to the rivalry between the two former figures of Arsenal and United. If the spectacle was almost always present on the ground during the clashes of these two clubs, Premier League giants and at the top of their game at this period, it was therefore also outside. What forge even more the legend.

Day of glory for Lestienne!