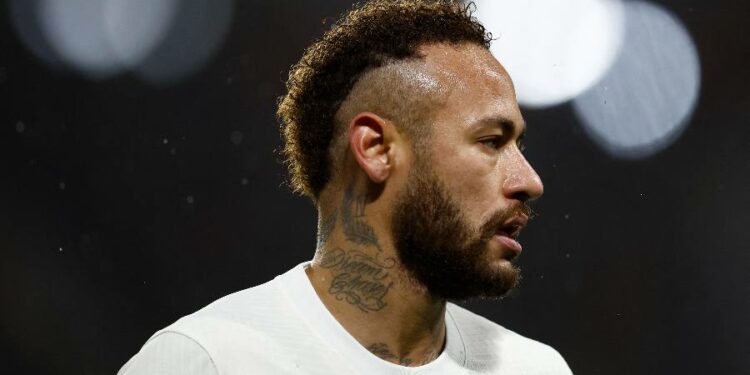 As usual, Daniel Riolo went into excess when talking about Neymar, who missed out on his match against Stade Rennais.


The fears expressed after the elimination of Brazil against Croatia are confirmed. As expected, Neymar is indeed struggling to resume the thread of the season with PSG. The Brazilian is obviously not the only globalist to experience difficulties and Christophe Galtier, when pointing out the poor performance of his troops, was careful not to name a player. The Parisian coach nevertheless had it bad against his front players. “We had far too many players who dropped out without having players high enough to fix the Rennes defensive line”, he regretted in a press conference.

Already little seen in his last outings, Neymar again went through on the lawn of Roazhon Park. What to feed the mill of Daniel Riolo, never stingy with criticism concerning the former Barcelonan. The RMC polemicist did not fail to attack the native of Sao Paulo after the defeat of the Parisians. “He had half a good season because he was preparing for the World Cup, he was just in training. There, it’s over. He is a starter because Galtier, the great revolutionary with Campos, leaves him on the field, ” he first launched.

“Do we realize that Neymar, in terms of recruitment and salary, is the biggest flop in the history of football? », he continued in reference to the 222 million euros paid out by PSG in the summer of 2017, adding: “I can’t think of a bigger flop for what it cost, it’s horrible. Just because he was good in two Final 8 games in 2020 doesn’t mean it’s going to save your life. And also against Bayern Munich in 2021. Let PSG stop. »

💥 Daniel Riolo lets loose on Neymar: “He made fun of all the PSG supporters by having a good half-season because he had a World Cup to prepare. In terms of recruitment, transfer, salary , it’s the biggest flop in the history of football.” pic.twitter.com/4VwQIzKroe

Last week, it was Marco Verratti who had been the target of the caudine forks of Daniel Riolo, believing that Matteo Guendouzi and Valentin Rongier were above the“Idol of the Park”. An attack that had been dismantled by some statisticians. »

Too bad not to have stats not involving the ball because with it, there is no photo 📸

It’s already over for Rinderknech!