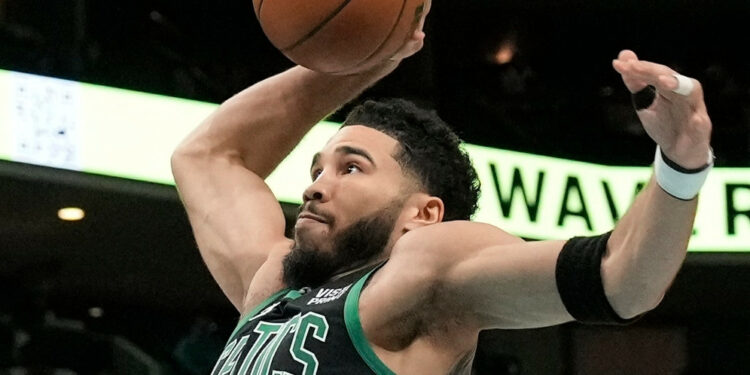 Thanks to a huge Jayson Tatum, author of 51 points, Boston went to win in Charlotte in the first game of Martin Luther King Day.

Who says third Monday of January says Martin Luther King Day in the United States! And on this holiday on the other side of the Atlantic, no less than nine NBA games are on display. The first of them pitted Charlotte against Boston, with kick-off given at 1:00 p.m. local time. The Celtics, the best team in the League, enforced the logic against the red lantern, by signing a seventh victory in a row: 118-130. Facing these Hornets they had already beaten two days ago (106-122), the C’s led almost from start to finish, carried by an exceptional Jayson Tatum, who finished with 51 points, 15 out of 23 in shots (7/12 at 3pts) and 14 out of 14 in free throws, but also 9 rebounds and 5 passes. In the absence of his friend Jaylen Brown, the Celtics superstar had a great time, especially in the last quarter where he scored 17 points, while Charlotte had returned to 98-100 nine minutes from the end. end. With six wins ahead of Brooklyn, Boston is more than ever at the top of the Eastern Conference!