It’s not Paris every day for Jeanjean… 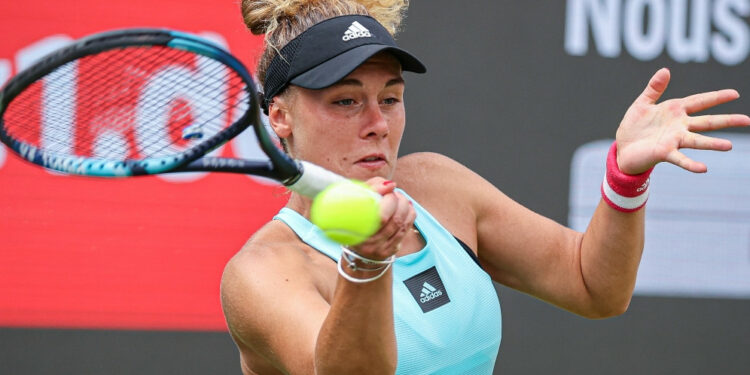 Drafted at the last minute following the withdrawal of Ajla Tomljanovic despite her defeat in the last round of qualifying, Leolia Jeanjean (27) was corrected (6-0, 6-3) Monday by Argentina Nadia Podoroska. For the French revelation of the last Roland-Garros, this Australian Open is well and truly over this time.

This time, this Australian Open is well and truly over for Léolia Jeanjean (27). The French comeback with a rather crazy story will therefore remember that for her very first participation in the first Grand Slam tournament of the year, she stopped in her first match, looking like a nightmare against a clearly superior Nadia Podoroska (Argentina won 6-0, 6-3). In any case, it was already a bonus for the one who had burst the screen at Roland-Garros last season (and there too for her great debut in the event), since this first match in the big picture at Melbourne, she should never have played it. Four days earlier, the Montpellier girl disappeared from the radar for nearly thirteen years when she was one of the best in the world at the age of 12 (she was told at the time the same trajectory as Martina Hingis), three years old before being the victim of a terrible injury (triple dislocation of the left patella) and finding herself suddenly abandoned by the FFT, had indeed bowed sharply against the Ukrainian Lesia Tsurenko in the last round of qualifying.

See you at Roland-Garros again for Jeanjean?

Without this boost of fate in the form of Australian Ajla Tomljanovic’s withdrawal on the eve of the start of the tournament, Jeanjean, promoted to lucky loser for his greatest happiness, would therefore never have been able to face Podoroska on Monday, with in for a possible 2nd round against Victoria Azarenka, double winner of the event. Unfortunately for the Héraultais (109th in the standings) who would never have imagined returning one day to this level, she did not exist against the 192nd in the world and semi-finalist at Roland-Garros three years ago, yet swept away in beginning of the year during the United Cup by Caroline Garcia. This time, it was Jeanjean’s turn to drink the cup. Let’s hope that she will be able to raise her head next May for her reunion with the clay courts of Porte d’Auteuil.