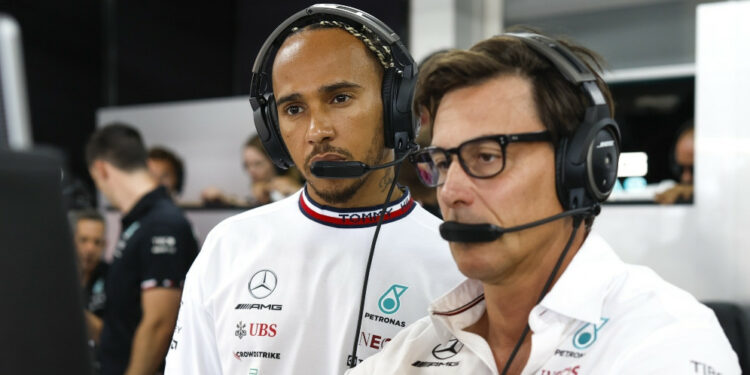 As Lewis Hamilton comes to the end of his contract at the end of 2023, Toto Wolff assured that discussions with the Briton to extend it will not be a problem.

Lewis Hamilton does not intend to leave Mercedes. However, the seven-time Formula 1 world champion entered the last year of his contract, signed in February 2021. A few months ago, the Briton did not hide his wish to continue the adventure started in 2013, when he left the nest that was McLaren to link his future to the German manufacturer. ” I intend to enter into a multi-year contract with my team, said Lewis Hamilton on the sidelines of the United States Grand Prix. I really, really don’t know what the next five years will hold, I think we’re still trying to work on that. Since then, there has been almost radio silence on the subject, but Toto Wolff does not despair of being able to exchange with his pilot in order to find an agreement. This could happen quite quickly, Mercedes having recently announced that the presentation of its new single-seater, called W14, will take place on February 15 at Silverstone.

Wolff and Hamilton ‘on the same wavelength’

However, the boss of the German team does not intend to hurry, having agreed in remarks collected by the British magazine Autosport thatthey have “still a full year to do it”. Toto Wolff assures that with his pilot, they are “on the same wavelength” and that extending their alliance will be a formality. “During the past decade, our relationship has grown to the point where it’s just a question of him physically coming back to Europe, shaking hands, rubbing a little and then leaving the room with white smoke that would appear a few hours later late “said the Austrian leader. While he assures that there is “no firm deadline”, Toto Wolff must undoubtedly hope that a happy ending will come as soon as possible but also that Mercedes will again be able to offer Lewis Hamilton a single-seater capable of fighting for the world title.