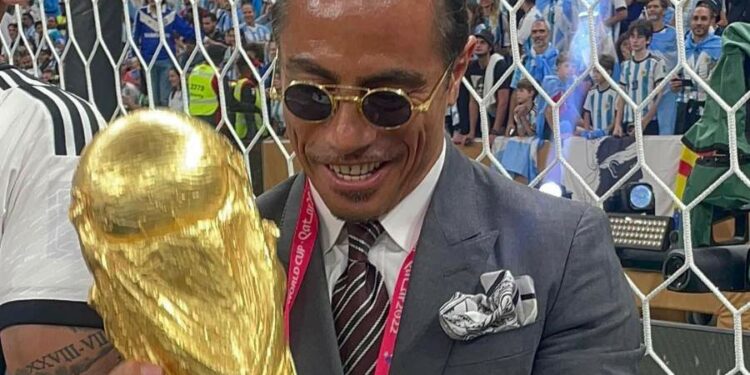 The Turkish restaurateur nicknamed “Salt Bae” caused a scandal when he touched the World Cup trophy during Argentina’s coronation against the France team on January 18 in Qatar. Fifa could be intransigent.

The leaders of Fifa still seem to be on Christmas vacation… A month after the final of the World Cup 2022 in Qatar, won on penalties by Argentina againstFrench team (3-3, 4 tab to 2), the world of football has no news of the “Salt Bae” file. The presence of the famous Turkish chef on the lawn, during the celebration of the Argentine world champions, caused a scandal.

Beyond the buzz, the images of Nusret Gökçe claiming the Fifa trophy from certain Argentine players (including Lionel Messi) prompted Fifa to open an investigation, in order to ” to establish how individuals gained unauthorized access to the pitch after the closing ceremony at the Lusail stadium on December 18 », promising « appropriate internal measures “. Since then, radio silence.

A few days after the final, the British press imagined Salt Bae no longer having access to the next events organized by Fifa, the president Gianni Infantino being furious at the behavior of a cook whom he nevertheless frequented in Dubai. Can the international body really deny access to the stadium to a person without real legal action at the international level? It’s unlikely.

Still, Salt Bae could be persona non grata during the 2026 World Cup in North America (where it has 7 establishments). ” Sanctioned! Fifa bans Salt Bae for 2026 World Cup. He is punished for disrupting Argentina’s celebrations on the pitch “, recently affirmed Erick Osores, a Peruvian TV presenter (América Televisión and ESPN). Information that obviously remains to be confirmed. If the leaders of Fifa wake up.