Dakar: Loeb between pride and frustration 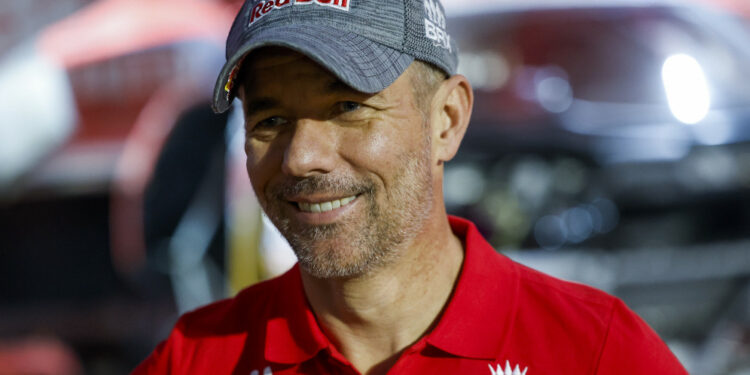 Weighed down by a complicated start to the race, Sébastien Loeb was able to hold on until the end of the Dakar, in which he took second place on Sunday. The Alsatian, still looking for a first success on the mythical rally-raid, intends to come back and achieve it.

Sébastien Loeb will still have to try his luck. For his seventh participation in the Dakar, the nine-time world rally champion saw victory elude him once again. However, at the end of two weeks of competition which saw him win no less than six specials, the Alsatian had to settle for second place, which he had already experienced in 2017 and then in 2022.

Relegated to more than an hour and a half behind Nasser Al-Attiyah after two days of racing, the driver of the Bahrain Raid Xtreme team was able to take advantage of the problems of his rivals to move up the hierarchy but without hope of playing the final victory. ” Anyway, after the start of the rally we had, we couldn’t have hoped for much better than thathe confided to the press. Normally, Nasser was unplayable, he made no mistakes. We have to be content with what we have, we made a good comeback, a great second part of the rally. We made up for the damage at the start of the race. »

Finding ourselves almost 2 hours after Stage 3 and in 31st place overall, it was hard to imagine such a result 🥶 It’s a third second place in this event and certainly the most beautiful 🙌🏻 #BRX #DakarRally pic.twitter.com/nXrUvAZx0m

Loeb: “I will come back even stronger”

But, if he has once again seen victory elude him, Sébastien Loeb does not want to see it as inevitable, quite the contrary. ” It is a third second place on this event and certainly the most beautiful with these seven special stage victories and this record of six in a row taken from legend Ari Vatanen, he added. Now, I never used to settle for a silver medal, so I will come back even stronger. »

Returning to this fortnight in the Saudi Arabian desert, the man who left his mark on the WRC praised the performance of his teammate Fabian Lurquin and the quality of his equipment. ” Finding ourselves almost two hours after the third stage, it was difficult to imagine such a result. But we gave everything over the remaining 3500 km without ever relaxing our efforts, assured Sébastien Loeb. Fabian did an incredible job in navigation, the BRX team gave us a high-performance car and behind the wheel, I attacked like in the WRC. Small consolation, the Alsatian took the lead in the world championship, in particular thanks to his stage successes.