Champions Cup: Castres can’t do it 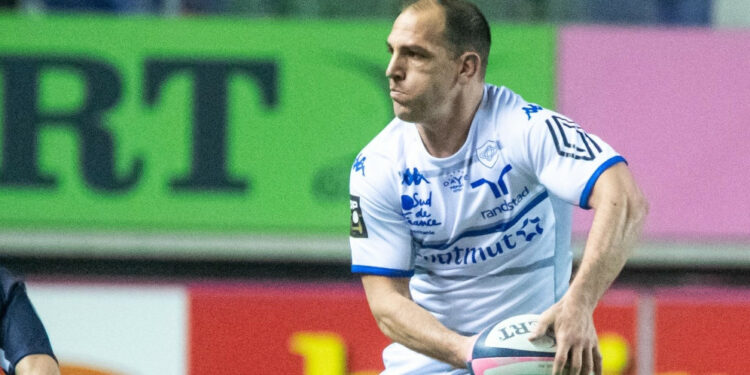 Castres suffered their third defeat in three Champions Cup games, at home against the Scots of Edinburgh, winners 21-34. The Castres notably conceded a 20-0 in the second half.

Definitely, this 2022-23 Champion Cup season looks like a long way of the cross for Castres, who is also suffering in the Top 14 (11th). Already beaten by Exeter and in Edinburgh, the CO lost at home against the Scottish club, and will need a miracle in their last match in England to continue the European adventure (in the Challenge Cup) in the month of april. This Sunday, the Castres held a half then completely broke down to lose 21-34. And to make matters worse, Martin Laveau injured his Achilles tendon and Wilfrid Hounkpatin in the shoulder.

A spectacular first half

It was the Scots who scored the first try of the game, by David Cherry, who extricated himself from a carried ball and stretched out his arm to flatten (0-7). But Castres did not tremble for very long. After a long streak, which led to Blair Kinghorn going offside and receiving a yellow card as the CO attacked on the left side, the Tarnais regained their dominance and attacked on the right, and it was is Josaia Rasuque who scored (7-7, 14th). Nine minutes later, still in numerical superiority, Adrien Séguret scored the second Castres try after a nice slalom following a scrum (14-7).

But this match had started on very good offensive bases, and Edinburgh responded with a try from Viliame Mata, all in power after some close play (14-14). However, Castres took advantage of a new numerical superiority after the yellow card received by Cherry for having made a mistake near the line to go and score his third try, with his “special”: Wilfrid Hounkpatin, touched on the shoulder, stayed on the field to play this penalty from five meters, he took the ball and drove into three Scots to score… before going out with an injury, because he was really suffering from his shoulder. Castres then returned to the locker room leading 21-14, and the rain began to fall heavily.

A rain which visibly gave courage to the Scots, who largely dominated the second half. They scored a first try by Cameron Hutchinson, who slalomed in the Castres defense without anyone being able to take him back (21-21, 45th), then a second by Ben Vellacott on the same kind of action (21-28, 64th). Kinghorn added two penalties and Edinburgh won by thirteen points. The Scots have eleven points in the Group A standings, while the Castres are the only team with zero points!

Montpellier in the middle of a nightmare