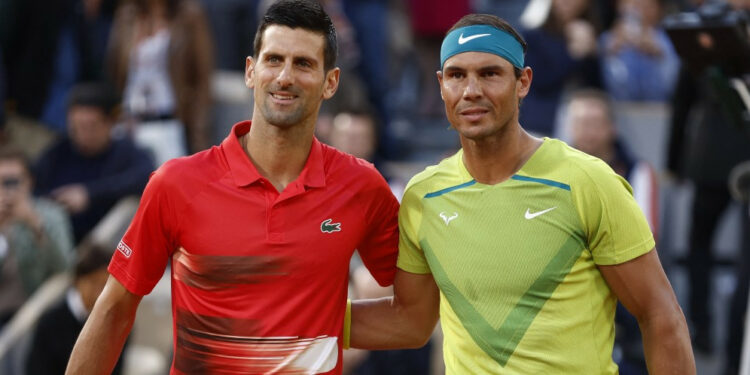 While Novak Djokovic said he saw the Australian Open as an opportunity to match Rafael Nadal by winning a 22nd Grand Slam tournament, the Spaniard assured that such a scenario would not be a problem for him. .

Novak Djokovic intends to seize his chance. Winner at Wimbledon of the 21st Grand Slam tournament of his career, the Serb could not defend his chances at the US Open because of his vaccination status. Having been able to enter Australian territory a year after being expelled from it, the former world number 1 did not hide from the press what his objective was on the courts of Melbourne Park.

« Of course the race for the record of Grand Slam titles is a motivationsaid Novak Djokovic to the press a few hours before his entry into the running against Roberto Carballes Baena. I play tennis for that, I’m a competitor it’s no secret, I want to be the best, I want to win the biggest tournaments in the world . “A goal that could shape the program for his 2023 season, he who should not be able to participate in the first two Masters 1000 of the year, in Indian Wells then Miami.

Nadal: “My life is not going to change”

This hunt for the record of Grand Slam titles, Rafael Nadal seems absolutely impervious to it. While he is going to defend the title acquired last year at the expense of Daniil Medvedev, the “Bull of Manacor” could not escape a question about the possibility of seeing Novak Djokovic return to his height in the event of crowning the next January 29. The Mallorcan’s response was clear.

“He had very good results at the end of last year and started with victories this season. It’s a tournament that has always been successful for him. He is undoubtedly the favoritehe told reporters about the Serb. If he wins, we will congratulate him, he will have accomplished something historic, that’s all. My life is not going to change. “Coming back from very far in 2022 after a previous season to forget, Rafael Nadal intends to live his tournament by himself, not through his rivals when his half of the table seems very complicated.