The Dakar will not move 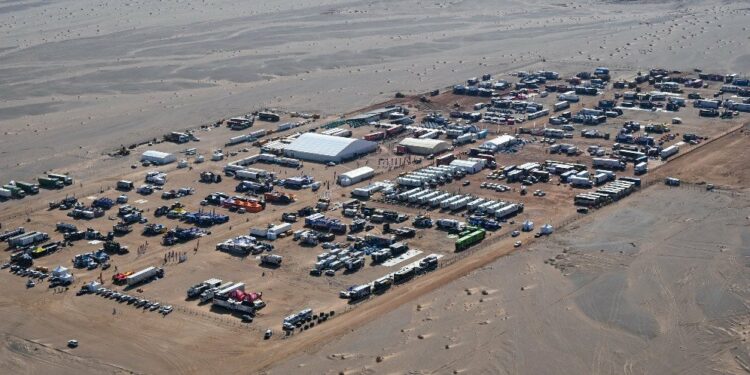 Engaged with Saudi Arabia for ten years since 2020, the organizers of the Dakar assured on the eve of the arrival of the 2023 edition that the event will not leave the country before the end of this contract.

The Dakar and Saudi Arabia, the story is not going to end anytime soon. After a decade in South America between 2009 and 2019, the famous rally-raid has settled in the Arabian Peninsula under a ten-year contract linking its organizer Amaury Sport Organization (ASO) to the kingdom. Despite criticism related to human rights in the country and the attacks that targeted the race in 2022, race director David Castera confirmed to theAFP that his teams will continue to go to Saudi Arabia for years to come.

« I am very happy that we are staying, we still have a lot of deserts to explore, and there is enormous potential in the country “, said the latter on the eve of the arrival in Dammam. If, at the time of the agreement signed in 2019, there was talk of a five-year contract, the reality is different. Indeed, ASO benefits from an exit clause after five editions within a contract binding the company to Saudi Arabia for an entire decade.

The exit clause will not be activated

A clause which will not be activated by the organizers of the Dakar, according to David Castera. ” We won’t play herhe said on this occasion. The Saudis are part of the project. In addition, the race director assures that the kingdom is “a country of expression” for his event. As for the criticisms concerning Saudi Arabia, accused of using sport to change its image in the eyes of the world, David Castera assures that the Dakar allows the country to evolve, just like all the sporting events which are organized there. .

« Today we have a big change, it’s moving at high speedadded the boss of the mythical rally-raid. I’m not here to play politics but to organize a sporting event that has the legitimacy to exist here because there are grounds that lend themselves to it. » While rumors of relocation of the Dakar in the future appeared before the start of the event, they were finally brushed aside by the organizers.

It gets complicated for Deschamps!

It gets complicated for Deschamps!