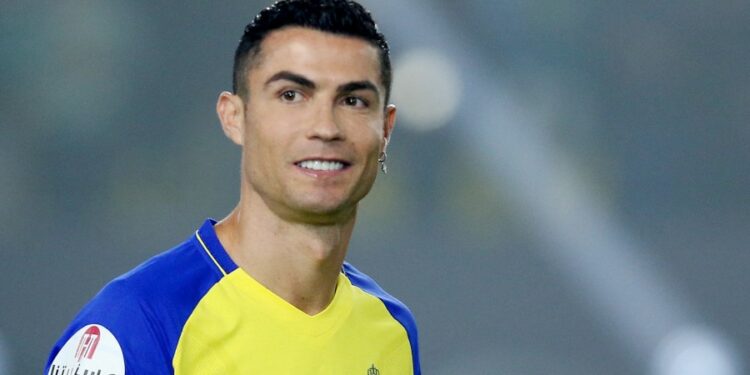 A victory against Argentina (2-1) in the first match, an interview qualification until the last day… Saudi Arabia showed a good face during the 2022 World Cup, and Saudi football experienced a big spotlight a few weeks later with the arrival of Cristiano Ronaldo, who signed an XXL contract with the Al-Nassr club.

For Hervé Renard, it’s a big blow for Saudi football. “Through Cristiano Ronaldo’s career, especially through the media impact he has, it’s something that is indefinable, explains the Saudi coach in an RMC podcast. It’s a light, it’s “spotlight” on Saudi Arabia, anyway, that’s the goal. It will allow this country to arrive a little more quickly in the spotlight. To contextualize very quickly, MBS came ‘to power’ in 2017. It’s been five, six years, it’s very little, so there is a will with an objective which is the slogan here in Saudi Arabia: ‘Saudia 2030’ . »

“It’s going to put a huge spotlight on this country, adds Hervé Renard. The victory against Argentina in the World Cup had already given a big boost and this arrival of Cristiano Ronaldo is something huge for the country. »

“He will want to finish top scorer in the Saudi league”

The French technician, former coach of Lille, ex-coach of Zambia and Morocco, believes that Cristiano Ronaldo did not come to Saudi Arabia to be in pre-retirement. “I think it’s a global project for him, confides the French coach. I cannot answer for him but on our side, since we are talking about football, it is to see him succeed here and he will succeed, that’s for sure. I even think, but that is only my opinion, that knowing the individual and his requirements, today twelve games have been played out of thirty, he will want to finish top scorer in the Saudi championship. »

At the same time, the arrival of a player like the five-time Ballon d’Or can only take the Saudi championship to a new level. “It’s a very good level and it’s only going to get better, believes Hervé Renard. Besides, it’s not me who says it, it’s the communication from the Minister of Sports who said: ‘Ronaldo is the first big star to come to Saudi Arabia’ since the new era. Famous coaches have come here, like Rijkaard, and some Brazilians. There are very good players who have had very good careers, but not of the dimension of Cristiano Ronaldo. Rudi (Garcia) said in an interview that this arrival was similar to that of Pelé at the New York Cosmos for the advancement of football in the United States. They are football monuments, they are legends. There are others who will follow because I think they will not stop there. »