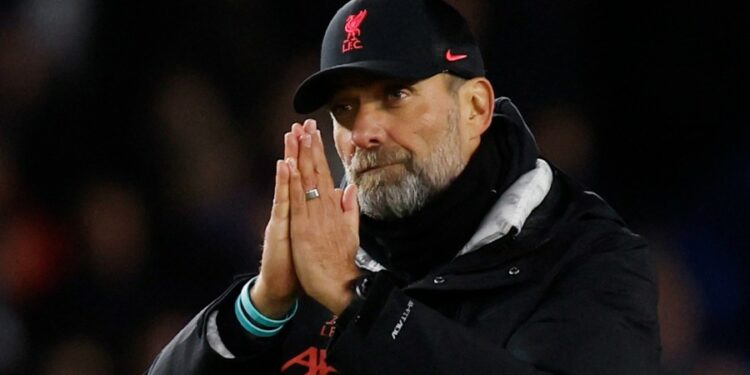 Two weeks after their defeat at Brentford, Liverpool again took on water on Brighton’s lawn (3-0) this Saturday in the Premier League. Nothing is going well for Jurgen Klopp’s men.

It’s getting worse and worse for Liverpool. After their defeat at Brentford (3-1) and a miraculous draw in the Cup against Wolverhampton (2-2) at Anfield, the Reds suffered a new rout this Saturday, on the lawn of Brighton (3-0).

The most worrying thing about all this is that there is absolutely nothing to say about the score. Jurgen Klopp’s men were swept from start to finish by Roberto De Zerbi’s formation, as the statistics for this meeting show: 61% possession of the ball for the Seagulls, and 16 shots at 9 for the locals.

Liverpool behind Brighton in the standings

It was already a small miracle if Liverpool had been able to reach half-time without being behind, and Brighton quickly solidified their dominance after returning from the locker room. After a ball loss from Joël Matip, Solly March opened the scoring (1-0, 47th). And the English left-hander, full of confidence, doubled the bet with a nice strike (2-0, 52nd). At the end of the match, Danny Welbeck invited himself to the party by mystifying a central hinge Konaté-Matip in pain (3-0, 82nd).

On the Liverpool side, Virgil van Dijk, Arthur Melo, and a host of attackers were still missing (Firmino, Nunez, Jota, Diaz), but these absences can hardly explain such a performance on their own. For his debut as a starter, Cody Gakpo only had a small opportunity at the end of the game (78th).

In the standings, Liverpool fell to 8th place, and even found themselves behind Brighton and Fulham. The Reds are 16 points behind leaders Arsenal, but the title race has long since ceased to concern them. For the Champions League, it will be necessary to go up an 8-point deficit on the fourth, Newcastle. At this rate, it is very far from being done.