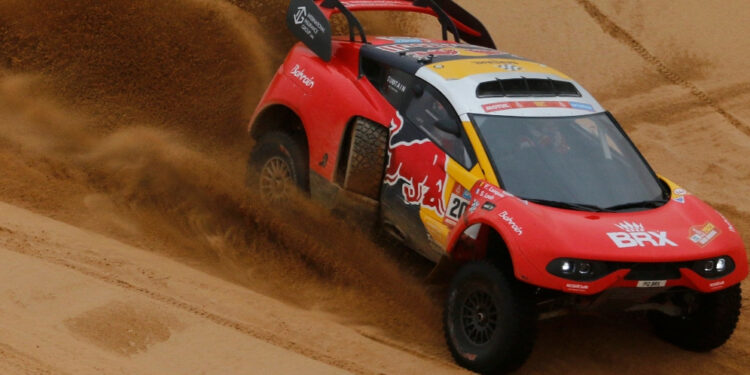 This Saturday, on the side of Saudi Arabia, the Frenchman Sébastien Loeb (Prodrive) signed a historic sixth consecutive victory. The seventh since the start. In motorcycles, the victory of the day went to Kevin Benavides.

Historical. Saturday, in Saudi Arabia, the French Sébastien Loeb (Prodrive) signed a sixth consecutive stage victory, the seventh in all since the start of December 31, in the Dakar. In the east, on the gulf, the Habs dominated, from start to finish, this stage of 675 kilometers including 154 of special, between Shaybah and Al-Hofuf. This Sunday will be the arrival in Damman. Despite its good performances, the Habs should not be able to win this 2023 edition, because, in the general classification, even if he is second, his delay on the Qatari Nasser Al-Attiyah (Toyota) is one hour and 21 seconds. Behind him, in third position, we find, less than a quarter of an hour, the Brazilian Lucas Moraes. Barring an accident, the defending champion, second of the day and who still managed, yielding only five minutes and 38 seconds, should win a fifth coronation. As for the podium of the day, it was completed by the Swede Mattias Ekstrom (Audi).

Suspense to the end on motorcycles

In motorcycles, it will be tight until the end. This Saturday, the thirteenth stage of the Dakar rally-raid, 675 kilometers long including 154 of special, between Shaybah and Al-Hofuf, was won by Argentinian Kevin Benavides (KTM), winner of the 2021 edition. who took a long time to be appointed. At the start of this special, Benavides stopped to assist Matthias Walkner. This allowed him to recover 23 minutes, to then be declared the winner of the day. Initially, the stage went to South African Michael Docherty, who is competing in his first Dakar. The latter finally fails 27 seconds from first place. Third place of the day was won by Luciano Benavides (Husqvarna), who arrived 57 seconds behind his brother Kevin. In the general classification, the provisional leader, the Australian Toby Price (KTM), is only twelve seconds ahead of Kevin Benavides, on the eve of the arrival in Damman, in the east of Saudi Arabia.