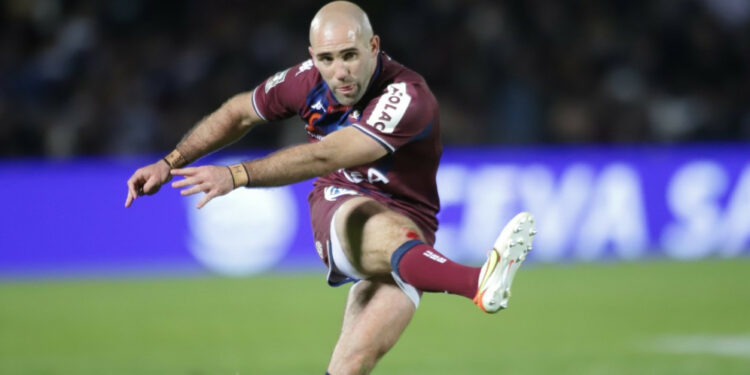 Traveling to Durban to face the Sharks, Bordeaux-Bègles did not weigh very heavily and conceded a third defeat in as many Champions Cup days (32-3). The Girondins say goodbye to the round of 16 but can still believe in a Challenge Cup repechage.

If Bordeaux-Bègles is doing well in the Top 14, it’s not the same in the Champions Cup. Defeated in their first two games at continental level, the Girondins sank body and soul on the lawn of the Kings Park Stadium in Durban against the Sharks. From the start, the South Africans put pressure on UBB and it was Christopher Vaotoa who cracked in the scrum. The opportunity was too good for Lionel Cronje, who opened the scoring with a penalty after just seven minutes. Maxime Lucu then had the opportunity to respond to the Sharks striker but Antoine Dupont’s understudy missed the midfield target, the ball hitting a post. A start to the match which saw Bordeaux-Bègles show weaknesses in the scrum, with the referee who very quickly lost patience. As a result, the latter awarded a free kick to the South Africans shortly before the quarter-hour mark. Jaden Hendrikse did not ask for his rest, quickly playing this “broken arm” to surprise the UBB defense and flatten the first try of the match, without the conversion being successful.

Bordeaux-Bègles weighed down by its indiscipline

The Sharks scrum half went for his double just ten minutes later. This time, it was out of maul following a touch that Jaden Hendrikse found a space in the closed to go queen. At the half-hour mark, UBB had two hellish minutes. Again caught by the patrol in melee, Christophe Vaotoa received a yellow card then it was Clément Maynadier who, for a fault in a ruck, went out for ten minutes. Meanwhile, Gerbrandt Grobler took advantage of a ball recovery from Siya Kolisi then relays signed Makazola Mapimpi and Jaden Hendrikse to force the passage and go to the test. Led by 22 points at the break, the UBB players tried to show character on the return to the pitch. A good state of mind which was quickly rewarded with a penalty converted by Maxime Lucu, who had missed another attempt just before the break… but it didn’t last very long. In effect, the chronic indiscipline of the Girondins once again took center stage.

The Sharks didn’t have to force their talent

After a third miss from the UBB scrum-half, Mateo Garcia was shown a yellow card for throwing Boeta Chamberlain off balance who was then in the air to collect a ball. Six minutes later, Cyril Cazeaux joined the bench for ten minutes for an anti-game foul sanctioned by the referee. At two less for four minutes, the players of Bordeaux-Bègles suffered and saw Marnus Potgieter flatten the bonus try for the Sharks. The cross followed a breakthrough by future Racing 92 player Siya Kolisi to extend the effort and go for the goal. Barely 180 seconds later, it’s a double that the center of the Sharks signed. While Makazola Mapimpi made a gaping hole in the Bordeaux defense, Marnus Potgieter was able to go flat in a corner to seal the fate of the meeting. While the Sharks sign a third success in as many games to join Leinster at the top of Pool A (32-3), the UBB continues its black series in the Champions Cup and will not continue the competition. But a Challenge Cup repechage will only go through a victory next weekend against Gloucester while hoping for some favorable results concerning their rivals.