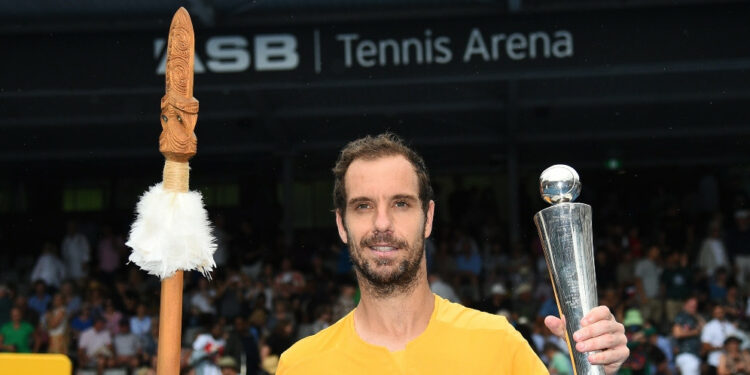 Thanks to his victory in three rounds against Cameron Norrie, in the final in Auckland, Richard Gasquet won the sixteenth title of his career.

Richard Gasquet could hardly have started this year 2023 better. The Frenchman, 67th player in the world, won the sixteenth title of his career, on the side of the ATP tournament in Auckland in New Zealand, after having disposed of Briton Cameron Norrie in the final. , twelfth player in the world and seeded n°2, in three sets (4-6, 6-4, 6-4) and 2h28 of play. In the first set, at 1-2, the Frenchman lost his serve. At 3-5, the Briton then served to win this first set, but he ended up losing his advantage, despite saving the first two break points. It was only a postponement and it was in the process, either on the service of his opponent of the day, that Cameron Norrie ended up concluding, on his second break point, synonymous with the second set point (6-4 ). In the second set, the better ranked of the two was the only one to lose a service, and more precisely at 2-2, despite a first ball saved. At 5-3, the Habs almost already concluded, on the service of his competitor, who resisted.

Gasquet will return to 42nd place in the world

But, just after, on his face-off, Richard Gasquet achieved his ends, on a final shutout, to equalize at one set everywhere (6-4). Finally, in the third and final round, the lower ranked of the two was broken from the start, before saving four double-break points in stride. The twelfth player in the world led 4-2, before losing the thread of this meeting, giving up the last four games including his last two services, to see the 67th player in the world win the title (6-4). Cameron Norrie, who was playing in the twelfth final since the start of his career, will have to wait before winning his fifth title. For his part, Richard Gasquet, now 36 years old, was playing his 33rd final. The Frenchman, who will jump 25 positions and return to 42nd place in the world, therefore wins his sixteenth title, the very first since the 2018 edition of the ‘s-Hertogenbosch tournament.