A new problem for Deschamps 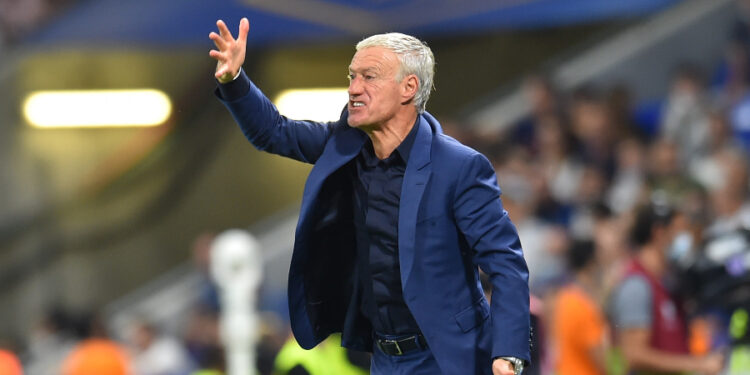 After Hugo Lloris, it was Steve Mandanda, 37, who decided to end his international career. Which now plunges the French team of Didier Deschamps into the vagueness in terms of goalkeepers.

It is a superb page in the history of theFrench team who turns. Hugo Lloris and Steve Mandanda both retired from international duty this week, a month after the 2022 World Cup in Qatar (concluded by this final lost on penalties against Argentina). It was in 2008 that the two emblematic goalkeepers were launched and put in competition at the time.

After the announcement of the withdrawal of Lloris, goalkeeper and captain of the Blues of Didier Deschamps, his lining Mandanda, a little older (37 against 36 years old), was expected to take over in the near future. The most capped player in the history of OM has finally decided to end the tricolor adventure, as announced The team this Saturday.

The coach of the 2018 world champions finds himself in a funny situation because Mike Maignan, brought to be the new number 1 (and this, for many years), is not operational. Hit in the calf last September and forfeited for the World Cup, the AC Milan goalkeeper still has to spare himself for a month and a half before resuming competition!

However, the France team resumes at the end of March, with the first two matches of the Euro 2024 qualifiers, against the Netherlands in Saint-Denis on March 24 and in Ireland three days later. Alphonse Areola (29), the 3rd goalkeeper in Qatar, is ready to act, but his possible tenure will be debated since the player trained at PSG is not number 1 in the club (at West Ham).

Alban Lafont (23), who has already been called up and who also represents the future as a goalkeeper, could get his chance. Brice Samba (28), impressive with RC Lens, and Illan Meslier (22), the goalkeeper of Espoirs, also have the possibility of appearing in the next group of “La Dèche”, expected on Thursday March 16.