Zidane, it is clear for his future! 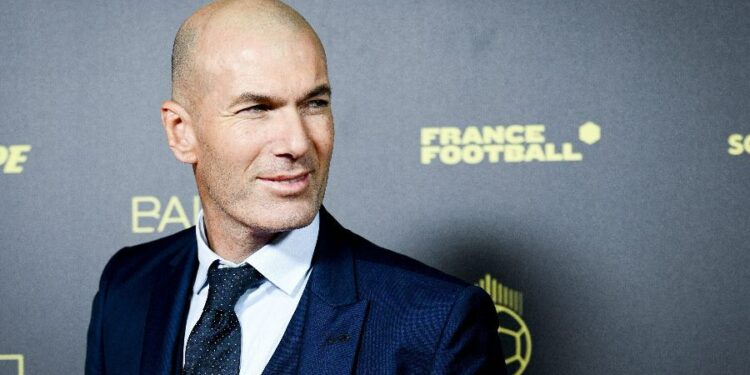 After the soap opera Noël Le Graët, Lionel Charbonnier spoke about the situation of Zinedine Zidane, and his future as a coach. And it is unlikely that he will ever join Paris Saint-Germain.

The Noël Le Graët affair, if he probably pushed the president of the FFF towards retirement, did not change things for Zinedine Zidane. With Didier Deschamps’ contract extension, the former number 10 of the Blues must give up on the prospect of becoming coach of the France team, at least in the short term.

A year and a half after leaving Real Madrid, Zinedine Zidane is going through a pivotal period in his coaching career, according to Lionel Charbonnier. “He is at a turning point, believes the 1998 world champion on RMC. If you leave Real, it’s not to train Guéméné-Penfaou. He is obliged to take an extraordinary team, at the minimum height of PSG for example, which he refused because he wanted the French team. »

Taken up by Jérôme Rothen, who reminded him that no Parisian leader had contacted Zinedine Zidane or his entourage, Lionel Charbonnier clarified his remarks concerning PSG. “He was not contacted directly, but everyone knew that if Zizou moved the slightest ear, PSG would go straight on the track”he assured.

🗣 “We talked about it personally. He always said that to train you needed personal ties. There are not 50 clubs.”

🎙 Zinédine Zidane at a turning point in his coaching career: you agree with @liocharbo ? pic.twitter.com/gzmdIXitOO

No personal ties with PSG

Anyway, that doesn’t change the fact that Zinedine Zidane is still on the market. And looking for an opportunity to pursue his career as a technician. “He cannot afford to wait (the France team), he is at a turning point, repeats Lionel Charbonnier. He has to cross it. Because five years without training is not possible. »

And for its future, the tracks are not numerous, but some emerge. ” What does he have to do ? Should he take a club worthy of what he had? England, he will not go. Not against, there is Italy. He can take a club where he has ties, Confie « Charbo ». Zizou always told me, we talked about it personally. He has always said that to coach you need personal ties. It was something he told me about PSG. There are not 50 clubs. »