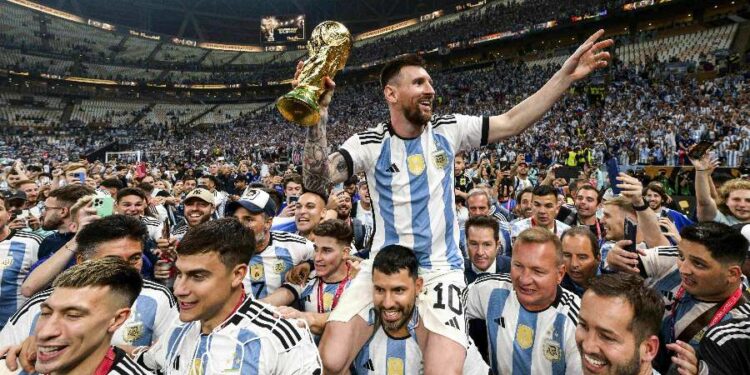 Like what the platform was able to do in the past with F1 and the Tour de France, Netflix is ​​preparing a documentary on the World Cup.


We will certainly have to wait until this summer, but a documentary event on the World Cup in Qatar is in preparation. Netflix will indeed produce, in collaboration with FIFA, a film on the Qatari World Cup.

The documentary will focus on the 32 teams that took part in the competition and will feature never-before-seen footage provided by FIFA. “Netflix and FIFA+ are joining forces to bring you privileged access to exclusive behind-the-scenes footage of the 32 teams during the CDM 2022 in Qatar”, announced the streaming platform on its Twitter account, adding: “The 2022 FIFA World Cup documentary, this summer. »

The year will be particularly rich in sports documentaries at Netflix. Series Drive to survive, devoted to the best pilots in the world and which will experience a fifth season, continues to grow. A series named Break Point comes out this Friday on tennis and Sunday is Full swing, devoted to golf, which will appear on the screens. There will therefore follow series on the World Cup but also the Tour de France, then, in 2024, a series on the Six Nations Tournament.

“By bringing behind the scenes of the world’s greatest sporting events to an unprecedented level of access, we have a unique opportunity to share the triumphs, tribulations and dramas of these iconic moments with our millions of subscribers around the world”said Brandon Rieg, vice president in charge of documentaries, in a press release.