France-Morocco: Regragui puts a big tackle on the Blues 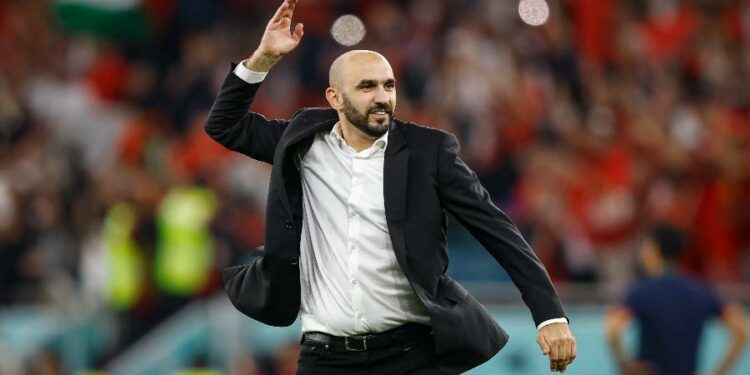 Moroccan coach Walid Regragui revealed part of the speech given to his players at half-time in the 2022 World Cup semi-final between France and Morocco.

In Qatar, Morocco has written one of the most beautiful pages in its history. Even the most beautiful. Coming out of a complicated group – made up of Croatia, Belgium and Canada – the Atlas Lions then offered themselves the scalp of Spain and Portugal to reach the semi-finals of the 2022 World Cup , a first for an African team.

Opposed to France in the half with their sights set on a place in the final, Achraf Hakimi and his partners finally lost 2-0, but did not deserve it, as they jostled the unconvincing but cruelly effective Blues. What leave some regrets to Walid Regragui, who felt his men capable of achieving the feat against the 2018 world champions.

“At half-time, I told my players that it was the worst team since the start of the knockout matches, thus confided the Moroccan coach during an interview with the newspaper The team. Attention, I am talking about this match, of course, not about France in general, which is a great team! That’s why there was this regret at the end, but I’m not naive. »

“The very, very high level, you always think you’re not far away but, in fact, you’re far away. The step was a little too high for us, added the Moroccan coach. The greatest victory is also the life of the group. (…) There, we were like brothers. We left last, on Tuesday, and there hasn’t been a fight in five weeks. It was wonderful. Like the support of our supporters or those of our entire continent. »