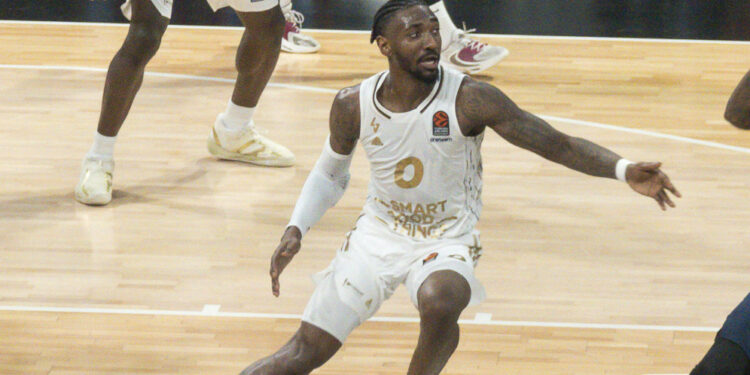 Two days after losing on the wire, at home against Barcelona, ​​ASVEL was again beaten on its Astroballe floor (83-79), Friday against Valencia during the 19th day of Euroleague, despite an incredible comeback in the second half. A fifth defeat in a row which plunges the Villeurbannais to last place in the standings.

Nothing is going well at ASVEL. After 19 Euroleague days, the Villeurbannais club is last in the standings. A very unflattering red lantern that the players of TJ Parker owe to their fifth defeat in a row, the 13th already this season and the second in two days after the setback suffered in the last minutes, last Wednesday at the Astroballe against Barcelona. On Friday, ASVEL again had a Spanish opponent in front of it, Valence, and again in the Rhône, the calendar having scheduled two straight home matches for the three reigning French champions. Unfortunately for Tony Parker’s proteges, Spain won 2-0. Like Barcelona, ​​​​Valencia has indeed taken advantage of Villeurbannaise’s poor form to also win (83-79) on this floor where the Valencians had never yet won in six trips to the Rhône. The former teammates of Nando De Colo, left to rest against the Catalans but back on Friday against this club for which he had left the French championship in 2009, even came close to inflicting a stripped down to our representatives. Valence indeed had a 20-point lead in this game (52-37 at halftime) which saw ASVEL launch as soon as they returned from the locker room in an attempt to come back that seemed unthinkable.

But it was to forget that the Villeurbannais had already overcome such a handicap this season, in particular at the end of the year against Olympiakos, finally overthrown in the last moments against an unleashed ASVEL. The Rhodanians were very close to doing it again. Thus, after going 17-2 at the start of the second half to recover completely in this part, Charles Kahudi and his teammates went ahead (72-71). And when Valencia escaped again, De Colo (14 points) and Kahudi (13) both returned in quick succession a long distance basket which allowed the Villeurbannais to return to a length. The free throws finally got the better of ASVEL, very close to achieving a new feat but above all now last. And it is not this certainly crazy but missed comeback on arrival that will hide this fifth defeat in a row for the team coached by TJ Parker. The crisis is brewing.