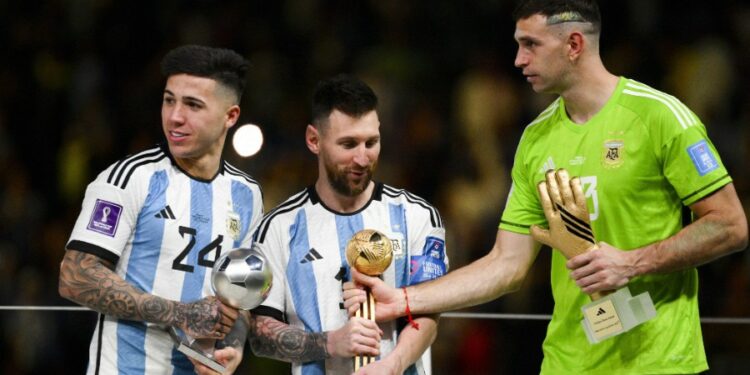 Fifa has opened disciplinary proceedings against Argentina after the incidents following the 2022 World Cup final against France.

Just under four weeks after the end of the competition, Fifa has given an update on the sanctions imposed following the 2022 World Cup. Ecuador, Serbia and Mexico have notably received fines for the behavior of their supporters, and the closed session (partial or suspended) was even pronounced.

At the same time, Fifa has confirmed that two disciplinary proceedings have been opened against Argentina and Croatia. For the Argentinian world champions, this concerns incidents which took place during the final against France (3-3, 4-2 tab).

Here is what the statement from Fifa says: “Opening of proceedings against the federation in the context of the Argentina – France final for potential violations of articles 11 (Offensive behavior and violation of the principles of fair play) and 12 (Improperty of players and officials) of the Disciplinary Code of FIFA as well as article 44 of the Regulations for the FIFA World Cup Qatar 2022 in connection with the Media and Marketing Regulations for the FIFA World Cup Qatar 2022.”

Emiliano Martinez in the sights of Fifa?

Fifa therefore does not specify what the charges against the Argentines are, but various controversies had punctuated the post-match celebrations, with in particular the repeated escapades of goalkeeper Emiliano Martinez.

With regard to Croatia, these are “Potential violations of Articles 13 (Discrimination) and 16 (Order and security at matches)” dating back to their first match of the competition against Morocco (0-0).