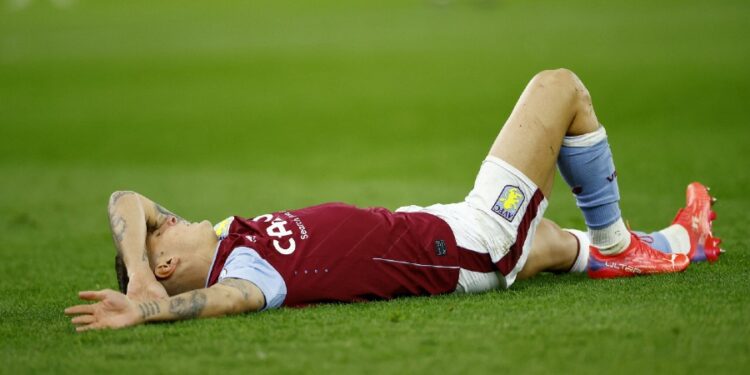 Lucas Digne was out injured in the shoulder during the meeting between Aston Villa and Leeds.

Hard blow for Lucas Digne. The French defender was injured after just 10 minutes of play this Friday evening during the meeting between Aston Villa and Leeds.

The former Lille and PSG player injured his right shoulder and the way he stood when leaving the field, with his arm in the air, it looks like a dislocation erecta, a rare dislocation and spectacular articulation.

A right shoulder injury for Aston Villa’s Lucas #Worthy
Based on his arm position, a have concerns for poss Luxatio Erecta – a rare type of shoulder dislocation, inferior
Statistically ~ 0.5% of dislocations
Needs xrays to exclude any fracture(s)#EPL #AVFC #AVLLEE #PremierLeague pic.twitter.com/Kj23tqZBiU

Lucas Digne has been replaced by Spaniard Alex Moreno, who has just arrived from Betis.