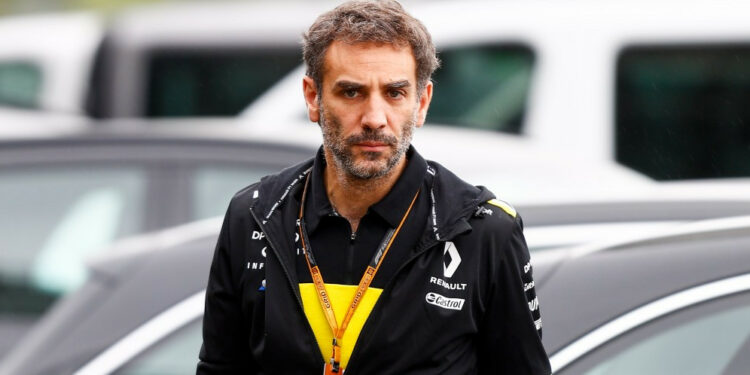 Former manager of Renault and Caterham in Formula 1, Cyril Abiteboul will return to motorsport. The Frenchman was named this Thursday at the head of the Hyundai team in the world rally championship.

Hyundai finally has its new team manager. A position that had been vacant for several weeks when the interim of Frenchman Julien Moncet ended. The latter had assumed this role on a temporary basis following the departure of Andrea Adamo in December 2021. To lead his assault on the World Rally Championship (WRC) with a training centered on Thierry Neuville after the departure of Ott Tänak , the Korean manufacturer has decided to trust someone with some motorsport experience. Former director of the Caterham and Renault teams in Formula 1, a discipline he left in January 2021, Cyril Abiteboul has agreed to lead Hyundai’s WRC business but also the brand’s customer competition programs. A return to business which comes after a sabbatical aimed at “taking a little distance from the automobile and motorsport”, which saw him take over the general management of a company specializing in composite parts for boats.

We are pleased to announce that Cyril Abiteboul will join Hyundai Motorsport in the role of Team Principal.

Read more about his appointment on our website 👉 https://t.co/RcrYnJ9t6H#HMSGOfficial pic.twitter.com/aniRhqgRpH

In an interview with the official WRC website, Cyril Abiteboul does not hide the fact that he “still had the thrill of motorsport in his skin” before accepting the offer from the Korean brand. “We had a common knowledge with Hyundai and I knew that they were looking for a team principal, added the French leader. I wasn’t particularly active, but I made contact and there was a good match between what Hyundai was looking for and what I was looking for. There was a natural desire to go further, and it was only a few weeks ago that we decided that was going to happen. For his arrival in the world of rallying, Cyril Abiteboul assures us that he will take up this challenge “with a lot of humility”. ” But I’m also extremely excited and passionate about what can be done and what needs to be done. “, he added, ensuring that he wanted to base himself on what is already in place to get results.