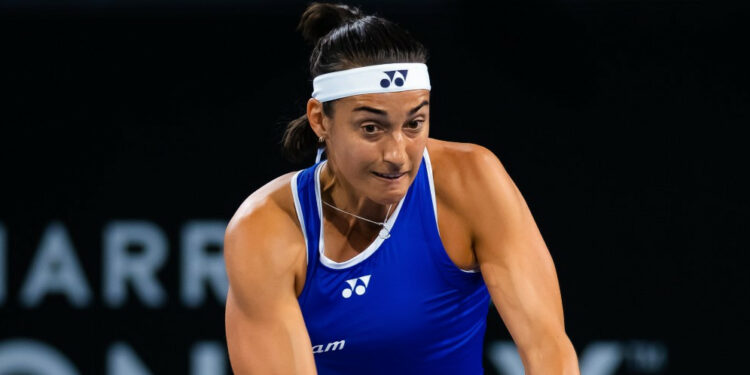 Despite a good resistance against Belinda Bencic after the loss of the first set, Caroline Garcia fails at the gates of the semi-finals of the second WTA tournament in Adelaide.

After starting her 2023 season with two successes in the United Cup, Caroline Garcia will not see the last four in Adelaide. Seeded number 4 during the last general rehearsal before the Australian Open, the Habs saw their career come to an end in the quarter-finals against Belinda Bencic. If the world number 4 held her serve in the first game, she then suffered the battering of the Swiss who, by converting her two break points, was able to win five games in a row and take a step towards winning the first round. Caroline Garcia was then able to delay the deadline by dismissing two set points on her serve but Belinda Bencic was imperial on her face-off to materialize her ascendancy on the scoreboard. Back to the wall, Caroline Garcia then showed patience, standing up to her opponent at the start of the second round.

Garcia resisted as much as she could

The Lyonnaise waited for the right moment to strike and, on her first break point, she went to take the service of the 13th in the world. An advantage that she had no trouble keeping until the end of this second round. A single set point was enough for the one who won the Masters at the end of last season. Touched but not sunk by this second set which escaped her, Belinda Bencic very quickly regained the initiative and did not miss the opportunity to take the service of Caroline Garcia on her first break point. Nevertheless, the Habs immediately responded to restore the status quo. The two players were then neutralized but it was the Swiss who ended up having the last word. While the French served to stay in the match, Belinda Bencic increased the pressure and the first opportunity to conclude the meeting proved to be the right one (6-2, 3-6, 6-4 in 1h55 ‘).

Kudermetova on the way to Bencic

For a place in the final, the Swiss will once again have a choice opponent. Indeed, it is the seeded number 6 Veronika Kudermetova who will be on her way. The latter did not lose ground when Danielle Collins won the first set and then had the trifle of five match points before the decisive game of the second. The Russian was finally able to restart the match by winning this tiebreak. The last round then saw Danielle Collins collapse, losing the last five games to offer the semi-final ticket to Veronika Kudermetova (4-6, 7-6, 6-1 in 2h49 ‘). In the lower part of the table, seeded number 9 Paula Badosa took the best in two sets hanging on Beatriz Haddad Maia (7-6, 7-6 in 2h35 ‘). Her opponent for a place in the final will be seeded number 5 Daria Kasatkina, who defeated Petra Kvitova in straight sets (6-3, 7-6 in 1h34’).