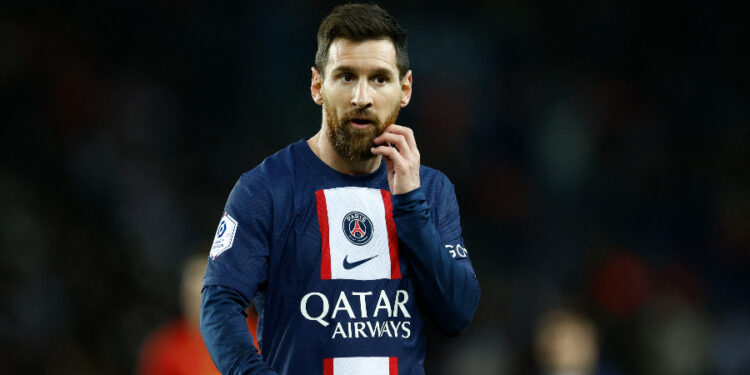 After the victory of PSG against Angers (2-0), Wednesday evening, Lionel Messi was not greeted by the supporters. An attitude that does not pass at all.

After enjoying ten days of vacation after winning the 2022 World Cup with Argentina, Lionel Messi made his comeback to competition with Paris Saint-Germain on Wednesday evening, against Angers (2-0) . If he did not have the right to a special tribute to celebrate his coronation, the sevenfold Ballon d’Or, holder and scorer, had the right to a nice ovation from the public of the Parc des Princes at the time of the announcement of the team compositions.

A return, however, tainted by his behavior at the end of the match. At the final whistle, the former number 10 of Barça returned directly to the locker room, with his friend Neymar, without going to greet the Parisian supporters with the rest of his teammates. What to cringe … On the airwaves of RMC, Daniel Riolo castigated the attitude of “La Pulga”.

Final whistle at the Parc des Princes: Lionel #Messi who goes straight to the locker room. His teammates then went to greet the supporters. The club did nothing for the return of the world champion. Faintness ? #PSGSCO pic.twitter.com/IAex4J5Cfv

“I can’t stand this indifference”

“He (Messi, editor’s note) has not yet come to greet the public this evening. Would you like me to tell you ? Messi makes him schizo. I am totally schyzo. I admire him for a month at the World Cup and I congratulate him on what he has done, to take his team to the country and everything, he makes me dream, because this osmosis, the public idolizes him and everything “first launched the famous columnist, and to continue: “And at PSG, I can’t, I don’t understand. I can’t stand this indifference towards the public and the supporters who are there all the time. It is simply unacceptable. (…) It’s because it’s not his club, that’s all. »