Gasquet in half, not Halys 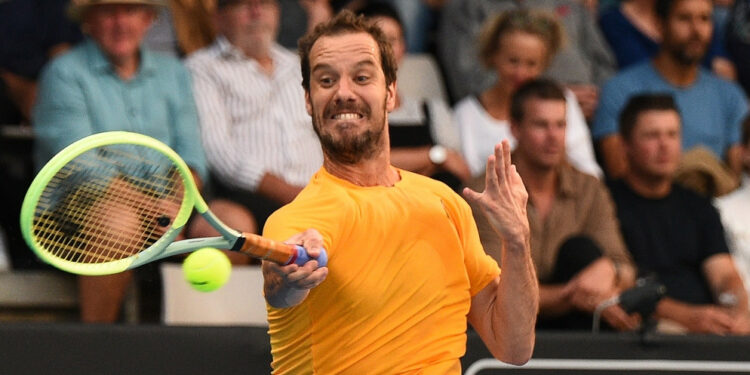 Richard Gasquet qualified for the semi-finals of the Auckland tournament by defeating David Goffin in three sets, and could face Constant Lestienne if the latter eliminates Laslo Djere. The third French present in the quarters, Quentin Halys, was however eliminated by Jenson Brooksby.

Second tournament of the year and already a semi-final for Richard Gasquet! The Biterrois, who is now 22 seasons with at least one victory on the ATP circuit (only Guillermo Vilas has done better), joined the last four of the ATP 250 tournament in Auckland by defeating David Goffin in three sets. Facing the Belgian, ranked fourteen in front of him (53rd against 67th), and who had beaten him three out of five times so far, Gasquet won 1-6, 6-1, 6-1 in 1h32 at the end of a disjointed match, which was interrupted at 2-1 in the third set due to rain. The Frenchman completely missed his first set, getting broken three times on three occasions for the Belgian. Things then seemed to be off to a bad start, but the scenario was completely reversed in the second set. He broke his opponent from the start, then again at 2-0, and despite losing one of his lead breaks (3-1), he rolled out at the end of the match, winning all ten last points. The two players then held their face-off at the start of the third set, until the interruption which completely cut Goffin’s legs, as he lost the last four games. ! Gasquet, who will gain at least thirteen places thanks to this half, will be opposed to Laslo Djere or Constant Lestienne.

The other French present in the quarter-finals, Quentin Halys, however, will not see the last four. The world No. 64 was eliminated in two tie-breaks (7-3 then 7-2) and 1:56 by No. 48, Jenson Brooksby. Author of 13 aces in total, the native of Bondy however lost his service twice in the first set. But the American too, so much so that they had to decide between the decisive game, largely won by Brooksby. No break point, however, in the second set, and the American once again made the difference in the tie-break, without shaking. He will be opposed to Cameron Norrie, excellent since the start of the season and who beat Marcos Giron 6-1, 6-7, 6-2. As for Halys, he will head to Melbourne, where he will challenge Stefanos Tsitsipas in the first round of the Australian Open.