FFF: Hardouin had a heart attack 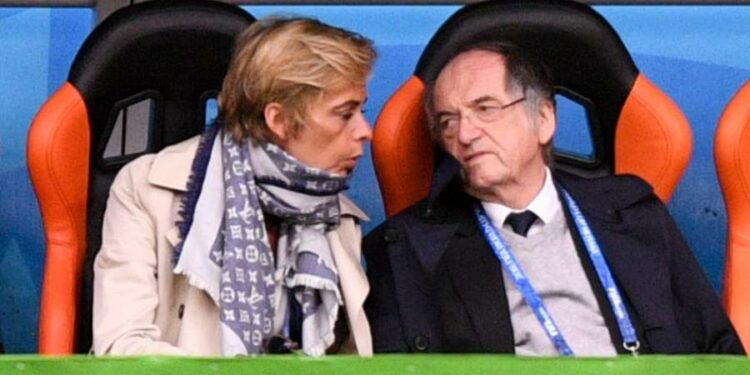 Hospitalized on Wednesday, shortly after the announcement of her layoff by the FFF, Florence Hardouin had a heart attack according to L’Equipe.

The Executive Committee of the French Football Federation, Wednesday morning, decided in favor of his layoff as a precaution; like Noël Le Graët, which has become unmanageable in terms of the media according to his peers. Director general of the FFF since 2013, Florence Hardouin took the sentence particularly badly, she who was the victim of an attack at her home shortly after the announcement of the verdict.

Read also:Deschamps, the earthquake?” Shut up ! “, big altercation at the FFFAulas hot on Deschamps!

« Florence Hardouin, the director general of the French Football Federation, suffered a heart attack on Wednesday afternoon at her home, which led to her hospitalization in the process “, writes this Thursday evening the sports daily L’Equipe. The 55-year-old former fencer had called her doctor earlier in the day, when she was in severe chest pain.

« According to his doctors, the emotional charge received following this announcement (his exclusion from the FFF, editor’s note) and the inherent stress would have caused this infarction “, adds the aforementioned publication. Florence Hardouin remains hospitalized in intensive care this Thursday evening.

Basket-Euroleague: Monaco turned the other cheek