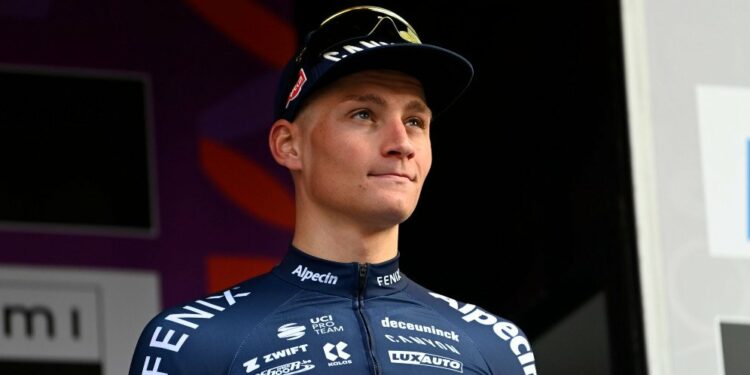 While he intends to participate in the Cyclo-Cross Worlds, Mathieu van der Poel confided that the first part of his road season will be devoted to the Flandrian classics before planning for the Tour de France.

Mathieu van der Poel wants to be ambitious for 2023. After a year 2022 which saw him win the Tour of Flanders but also experience some difficulties on the Grand Tours, the leader of the Alpecin-Deceuninck team unveiled part of his program for the coming months on the sidelines of a preparatory course in Spain. However, if he is still handicapped by back pain, Raymond Poulidor’s grandson intends to play his card well to win a fifth rainbow jersey at the Cyclo-cross Worlds. “My back pain is gradually fading, I already feel much better with less intense training in Spain, he confided in remarks collected by the RTBF. I hope that I will have found all my means for Hoogerheide. I hope to be there 100% for another duel with Wout Van Aert. Once the event is scheduled for February 5 on home soil, Mathieu van der Poel intends to shine again on the road.

The Tour of Flanders, Paris-Roubaix, the Grande Boucle: the main objectives of Mathieu Van der Poel in 2023 #velortbf https://t.co/q17BcGWead

The Dutchman does not hide it, he will be inspired by the program put in place during the 2021 season to launch his 2023 season. In other words, Mathieu van der Poel intends to weigh in during the Flandrian classics before turning to the Grand Tour alone on its menu. “I also programmed my road season on the basis of my calendar two years ago, with the Belgian classics, the Tour de Suisse and the Tour de France as objectives, he added. The Tour of Flanders and Paris-Roubaix will be very important events for me. “The experiment attempted in 2022, with the Giro then the Tour de France, not having been a great success, Mathieu van der Poel will be more reasonable but will be on the Grande Boucle with some ambitions. “ The Tour will be a goal this year, the goal will be to go as far as Paris, to aim for stages, which I prefer compared to the fight for the green jersey, ”assured the one who had to give up during his first two participations. The Worlds held in Glasgow will be another focus, with a course that he says “suits the classics riders well”.