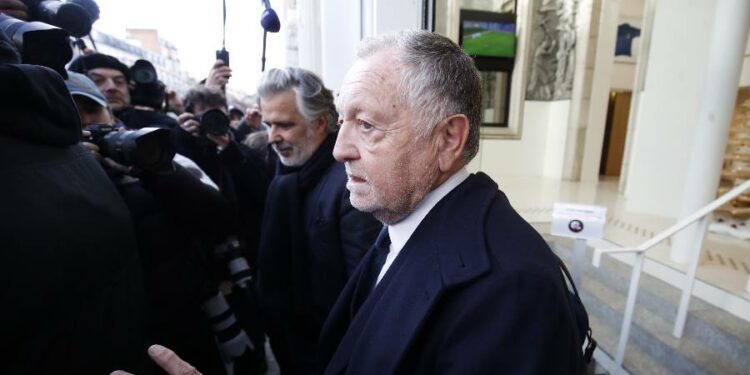 If he opposed the resignation of Noël Le Graët, Jean-Michel Aulas was the most reserved about the four-year extension of Didier Deschamps.


Jean-Michel Aulas weighed in with all his weight during the Extraordinary Executive Committee meeting this Wednesday at the French Football Federation. According to L’Equipe, opposed to the resignation of Noël Le Graët demanded by some while the president of the FFF is awash in controversy, the president of Olympique Lyonnais has found the intermediate solution of the withdrawal of the Breton leader until the publication of the audit commissioned by the Ministry of Sports and expected by the end of the month.

Read also:Deschamps, the earthquake?” Shut up ! “, big altercation at the FFFBig tension within the staff of the Blues

The boss of the OL, “very good when he spoke”, also expressed his disapproval of Didier Deschamps’ extension until 2026. Obviously unhappy to have been presented with a fait accompli on Saturday during the General Assembly of the FFF, JMA was the most pugnacious on this file, saying his surprise when the logic would have been to extend the native of Bayonne until ‘in 2024. The solution initially favored by Noël Le Graët himself.

Jean-Michel Aulas holds the former midfielder in very high regard. The Lyon president has also tried several times to make him the coach of OL. “Aulas, he could have had me 3-4 times and it didn’t happen, confided the tricolor technician”he had explained in the past, adding: “Twice I was not free. The 3rd I was and he didn’t want to. »